What is Pick’s Disease? – Causes, Symptoms, Diagnosis and Treatment

The brain is one of the amazing organs of the body that controls the various functions of the body. The brain helps in receiving information through five senses including touch, taste, smell, hearing, and sight. It is divided into four lobes and each one of its own function, one of these lobes is the frontal and temporal lobe which is responsible for controlling body movement, judgment, emotions, personality, memory, hearing, organizing, and understanding the language as well. When both of these lobes are affected this results in frontotemporal disease which is caused due to damaging of neurons. Due to nerve death, the commonly noted symptom is difficulty in behavior and thinking as well. One of the common forms of the disease is frontotemporal Dementia better known as Pick’s Disease. In this article, we are going to discuss Pick’s disease and its treatment through herbal medicine.

What Is Pick’s Disease?

Pick’s disease is one of the rare conditions which causes an irreversible and progressive type of Dementia. It is a type of Frontotemporal dementia which is resulted due to the degeneration of the frontotemporal lobe. The patient who has dementia their brain does not work properly enough. As a result, they find it difficult in thinking, memory, behavior, judgment as well as language. There are many conditions resulting in dementia including Alzheimer’s disease and this could affect different parts of the brain. Pick’s disease is one of these diseases where both the temporal and frontal lobe is affected. This affects emotional control, multitasking, inhibition, or planning and along with that, it might also disturb the emotional behavior. 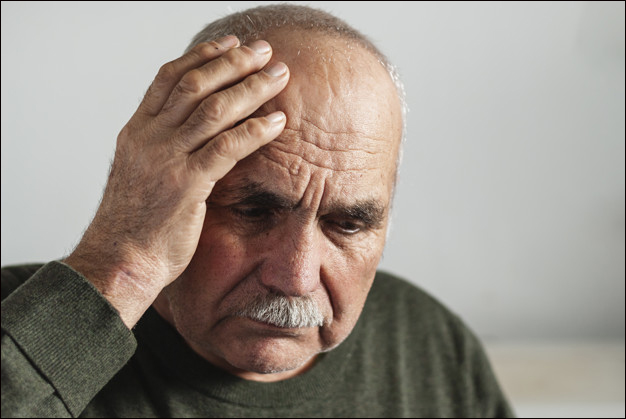 Anyone suffering from Pick’s disease will progress slowly and worsen the condition more. Most commonly seen are difficulty in interacting with people for example changes in behavior or not able to talk socially. Changes in behavior and personality are one of the most significant clinical features. The patient might suffer from some emotional or behavior changes like

It is caused due to the formation of an abnormal amount of nerve cell protein better known as Tau. This type of protein is found in all types of nerve cells and if the patient suffers from Pick’s disease then an accumulation of spherical clumps is very commonly seen. When the nerve cells start to get accumulated in the frontal as well as temporal lobe this causes the cell to die. The brain tissue starts to shrink resulting in symptoms similar to dementia. Yet, it is not proven by the scientist what causes the formation of these abnormal proteins. But it is found by the geneticists that Pick’s disease is related to abnormal genes. It has also been seen that the recurrence of the disease is closely related to the family.

How Pick’s Disease Can Be Diagnosed?

There is no specific test done to diagnose the disease but by knowing the medical history along with the imaging test. The Doctor might ask for few things like

According to Allopaths, there is no specific treatment for Pick’s disease but there are some medications that will slow the symptoms. For example by providing antipsychotic and antidepressant medicines and will help in treating behavioral and emotional changes.  These medications might lead to other health disorders too.

In Ayurveda, the bodies are made from Vata, Pitta, and Kapha whereas Pick’s disease is caused due to an imbalance of Vata. It can be considered as Smriti-Bhransh which means loss of memory. This mental health can be managed through herbal medicine without even causing any side effects. 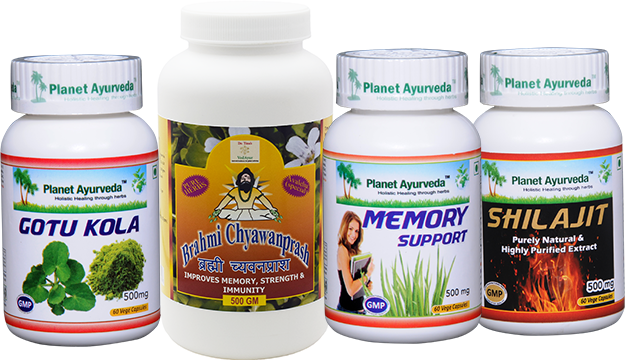 Planet Ayurveda is a manufacturing company that runs globally and provides herbal medicines in different countries. All the herbal medicine made under the supervision of an MD Ayurvedic Doctor and also clinically tested as well. Each herbal remedy is free from chemicals, preservatives, colors, etc making it safe to use and free from side effects as well.  Here is the list of herbal medicine

This Chyawanprash is made from herbs like Brahmi (Bacopa monnieri), Bala (Sida cordifolia), Ashwagandha (Withania somnifera), Shatavari (Asparagus Racemosus), and many others. It is very helpful in reducing mental fatigue and also increases concentration. The daily use of this herbal Chyawanprash will enhance memory and one of the best herbal formulations for reducing anxiety as well as stress.

It is made from the single herb known as Gotu Kola (Centella asiatica) and is one of the effective herbs in increasing memory. It is packed with nutrients like Vitamin A, B, E, K and magnesium. It is very effective in improving the blood circulation in the brain and giving nourishment to the nervous system.

It is made from a single herb called Shilajit (Asphaltum) which is well known for reducing weakness. This herbal medicine will improve mental as well as physical health as it contains antioxidants. It helps in boosting energy and also very effective in controlling cognitive disorders especially Pick’s disease

Brain is the C.P.U and it should be taken care of as mentioned in the article that how this mental disorder can affect life. All the herbal medicine provided in the article will help in treating the pick’s disease naturally and also improving memory