Balo’s disease is a rare and progressive type of multiple sclerosis and is termed for its damaging and attacking character of cells of the spine and brain. It causes large lesions in the brain and spinal cord and this disease is very common in the Asian population, especially among Chinese and Philippians. The adult population is more likely to be infected than the other ones likely at the age around the 30s. Both males and females can be equally affected. It is said to be like this condition worsens rapidly and gets advanced. The white matter of the brain-damaged and appears like concentric layers. It is characterised by the bands of intact myelin and is considered demyelination which means loss of myelin in several parts of the brain and spinal cord.

Who is more prone to get Balo’s disease and When?

This disease is very common in East Asian people, it appears in the adulthood stage more commonly but it has been reported in children also. Both the sexes have been equally affected but if we see in reports the females are more likely to get this disease as compared to males.

There is no definite cause of Balo’s disease, however, some experts say it is an autoimmune disease and these are caused due to the body’s own natural defence system. Foreign microorganisms enter the body and start to attack the healthy tissue without any known cause so it ultimately lands in inflammation. Some doctors link it with infection because some people get high-grade fever and headaches just before they notice any other symptoms.

What are the symptoms of Balo’s Disease?

Balo’s disease can appear suddenly, over weekly days and months with no remission with a relapsing course in which improvement and elimination of features may occur or some people may have only one single attack that is named a monophasic course.  The word concentric means a circular area that damages myelin in various parts of the brain and spinal cord that can be seen in MRI reports. There are differences in the lesions of Multiple sclerosis and Balo’s disease,

Balo’s disease looks like Bull’s eye marks and the lesion that appears in Multiple sclerosis looks like spots or blotches. This is sometimes termed as Balo’s concentric sclerosis because the bull’s eye shapes as concentric rings. Many signs and symptoms may relate with multiple sclerotic symptoms, some of them are 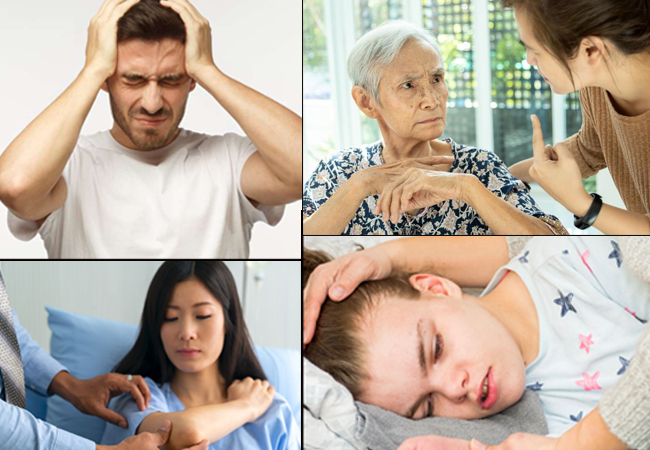 In Ayurveda, this condition can be correlated with “Avarna vata” Avarana word means ‘gati nirodha’ which is defined as resistance or obstruction in the normal pathway of the vata Dosha. When the balance of the body is lost or the three doshas get vitiated, then it can lead to accumulation of toxins in the body. And this further leads to obstruction of minute channels of the body that are called the srotas, and when these srotas are vitiated it gives rise to various disorders, and one of them is neuromuscular disorders. If this condition is not managed within the time then it may permanently cause damage to the nerves and tissue. Various medicinal therapies help to combat Balo’s disease effectively. Planet Ayurveda gives various herbal products that are very beneficial in recovering the Balo’s disease in patients.

Planet Ayurveda is a herbal manufacturing company that provides natural formulations for needful patients. We give efficient results in many diseases without showing any side effects. Our products are 100% natural and totally free from fillers, dyes, colours, chemical constituents, and preservatives. We have various outlets all over the world and deliver our products worldwide. Some of the effective formulations that gives wonderful results in Balo’s disease are – 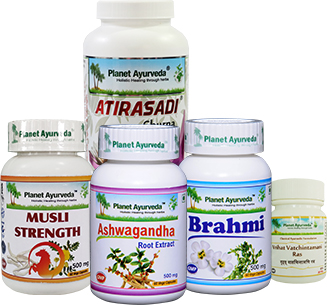 This herbal formulation prepared by Planet Ayurveda consists of Brahmi (Bacopa monnieri). Many Acharyas have mentioned the Brahmi as a medhya Rasayana, which helps to enhance brain functioning and balances the central nervous system. It is very beneficial in reducing the degeneration of the nervous system and rejuvenating the cells, it gives a soothing effect on the body, reduces pains, and intellectual problems strengthens the muscles, and slows down the muscular degenerative processes.

This is a patent herbal formulation prepared by Planet Ayurveda consisting of Ashwagandha (Withania somnifera). Ashwagandha is well-known herb for its benefits, it has great anti-inflammatory properties, has rejuvenating benefits which help to reduce the degenerative processes and helps to pacify the vata dosha effectively. It is a very good antioxidant, acts as a nervine tonic and helps in soothing the nervous system.

This is a classical mineral  formulation consisting of Swarna Bhasma (ash of Gold), Rajat Bhasma (Ash of silver), loha bhasma (Ash of Iron) etc. These all are well known for their wonderful effects in Vata disorders and are very good in maintaining the healthy functioning of the brain and helps to balance the pitta and Vata dosha.

This is a patent herbal formulation manufactured by Planet Ayurveda consisting of Safed musli (Chlorophytum borivilianum) and Gokshur (Tribulus Terrestris). Both herbs are very helpful in strengthening neuro-muscular health and maintains all doshas along with helps in subsiding various Symptoms of Balo’s Disease like Headache, weakness in muscles, or spasmodic muscle pains etc.

This is a patent herbal formulation manufactured by Planet Ayurveda consisting of safed musli (Chlorophytum borivilianum), Shalmali (Salmalia malabarica), Gokshur (Tribulus Terrestris) etc. This articulation is very effective in various symptoms like cognitive loss, difficulty in thinking, behavioural changes etc. and effectively balances tridoshas. These herbs consist of very great anti-inflammatory properties, along with acts as a nervine tonic and helps in soothing the nervous system.

Balo’s disease can proceed rapidly over weeks or months, without remission, circular areas of the damaged myelin sheath start appearing in MRI test reports. This condition can effectively be managed by Planet Ayurveda medications and can resolve the symptoms effectively. These formulations are very effective in balancing the trishas, especially vata dosha.

Lou Gehrig’s disease also known as Amyotrophic lateral sclerosis is a progressive fatal neurological disorder that impacts the wellbeing of a person both physically and mentally. In this disease, both lower and upper motor neurons get degenerated that lead their way to muscle atrophy and numerous other associated symptoms. Let’s discuss in detail about ALS and its management with Ayurvedic herbs and herbal formulations.

In Ayurveda, the main cause of all the diseases is imbalance in any or all of the tridoshas. We can correlate Lou Gehrig’s disease with vata vyadhi.

The Main Causes of Vata Vyadhi is

The Symptoms of Vata Vyadhi includes

The Treatment of Vata Vyadhi comprises of

In this, the treatment is done with vata shamak herbs like Rasna, Ashwagandha, Dashmool herbs, bala etc. Rasayan therapy is also given to patients suffering from Vata vyadhi. Herbs included in Rasayan therapy are Shilajit, Shivagutika, Bala Rasayan etc. 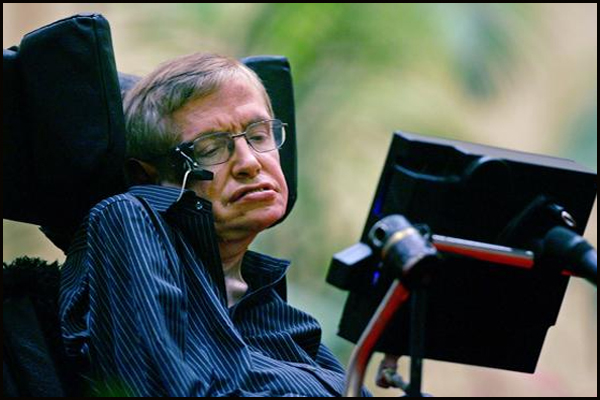 Amyotrophic lateral sclerosis is a motor neuron disease which attacks the nerve cells that control the voluntary muscle action like movement of arms, legs, hands and face. It gradually progresses and restricts the functions of motor neurons and causes symptoms like difficulty in grip holding, weakness of voluntary muscles and muscle twitching etc.

The symptoms go unnoticed at initial stages and vary according to its progression at the later stages.

Symptoms may vary depending upon its onset:-

As the disease progresses, the patient may suffer from following symptoms

Secondary or other associated Symptoms

Due to the emotional stress, ALS leads to numerous psychological symptoms.

The diagnosis of this disease is difficult as it mimics with other neurological conditions.

As per the modern scientific studies, it is a fatal disease, and only symptomatic management is done. There is no cure for Amyotrophic lateral sclerosis.

As per Ayurvedic medicine science, We can manage Lou Gehrig’s disease by working on the causes as well as its symptoms with Ayurvedic remedies and herbal formulations.

Planet Ayurveda is a trusted and renowned organization that offers a wide variety of herbal products worldwide. These products are prepared using the pure herbs and following the strict Ayurvedic principles under the guidance of Ayurvedic experts. Below are the herbal formulations available in the house for the management of Lou Gehrig’s disease

Brahmi capsules are prepared using the standardized extract of Bacopa monnieri. This is considered as an aphrodisiac tonicPromotes good mental health and reduces inflammation. This alleviates the free radicals from the body and boosts the immune system. Brahmi calms the mind and reduces all psychological symptoms.

This is a safe herbal formulation that contains a standardized extract of Ashwagandha (Withania somnifera). It helps in balancing the Pitta and Vata Dosh and strengthens the voluntary muscles. Ashwagandha promotes the nerves function and is helpful in relieving symptoms like muscle cramping, twitching of muscles, etc.

Dosage: One capsule two times a day after meals with plain water

These capsules are prepared using the extract of Shilajit (Asphaltum punjabinum). In ancient texts, Shilajit herb is known as Rasayan due to its rejuvenating property. It helps in restoring the neuron functions and enhancing the stamina and metabolism of the body. This removes all the toxins from the body and increases the immunity.

Dosage:1-2 capsules once or twice daily after meals with plain water.

This herbal formulation is prepared using Centella asiatica’s standardized extract. These capsules maintain the normal functioning of the brain and heart. Gotu Kola pacifies all the tridosha in the body and promotes the functions of voluntary neurons and aids in relieving systems like restricted muscle movements, weakness, difficulty in holding grip, etc.

Therefore, we can conclude that the above provided information is relevant and presented in an effective way. Lou Gehrig’s disease is a fatal disease which only can be managed well with Ayurvedic herbs and herbal formulations. These herbal formulations work well on the brain and nervous system, slow down the progression of the disease, and also aids in the prevention of various other diseases.