Bones and muscles are the specialized connective tissues that provide shape to the body. Bones only provide a basic framework to the body but muscles are the basic structure that maintains the body in proper shape. Almost each and every corner or organ of the body is connected to muscles that are well instructed by brain cells to maintain neuromuscular coordination and perform various voluntary or involuntary tasks. But due to some inheritable or other causes will lead to loss of proper functioning of the muscles which results in multiple health issues leading to a group of disease affecting muscles known as myopathies or muscular dystrophies. Out of which the most common is Duchenne muscular dystrophy. In this article we are going to discuss duchenne muscular dystrophy along with its clinical features, causes and best treatment using Ayurveda.

Duchenne muscular dystrophy (DMD) is the form of myopathy (the disease that affects muscles) that primarily affects boys. This condition usually begins in very young ones i.e. approximately in the 3-4 years old and then worsens gradually at a fast rate. The affected children start facing difficulties in standing and walking due to the progessive weakening of muscles of thigh and pelvis in the early stages of the disease. This condition is manifested due to the loss of dystrophin protein. Dystrophin is an essential protein which is required for the proper functioning of the muscle as it is the main constituent of muscle fiber’s cell membrane. The loss or absence of this protein will result in the characterization of a group of structural and mobility-related symptoms which constitutes this disease. 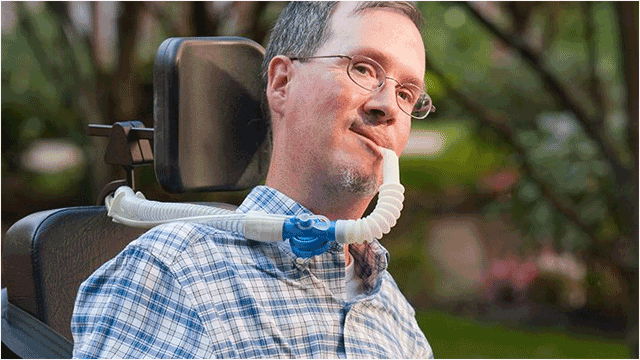 DMD is a disorder characterized by gradual muscle loss due to the death of muscle fibres or replacement by other connective tissue or fat that initially affects the muscles of thigh, pelvic area and calves slowly progressing towards muscles of shoulders, and upper extremities, neck and respiratory muscles. Muscle fatigue is the commonest sign observed.

The classical sign of DMD is the patient having difficulty in getting up from a lying or even sitting position. And this is known as the positive Gowers’ sign (that governs the weakness of proximal lower limb muscles), the child usually gets up by lying on his abdomen and trying to lift his body with the help of upper extremities due to the gradual loss of muscle strength in lower limbs.

The clinical features can be seen in the affected boys with Duchenne muscular dystrophy beginning to manifest even before five years of age, they face it very difficult in stepping or walking, the affected child usually tends to walk on toes due to the gradual shortening of Achilles tendon. In later stages, along with the growing age and enhancing dystrophy it becomes very much hard to walk and ultimately there is loss of ability to walk. Along with these mobility disorders the body undergoes various structural changes also due to the loss of muscles e.g. scoliosis is common.

Also, this muscle weakness will affect the heart muscles which leads to many defects in cardiac musculature. Other associated symptoms in later stages include difficulty in swallowing and talking and difficulty in breathing. Also there are some other non musculoskeletal disorders which may be found in association with DMD, dyslexia (learning disorder), aggravated risk of neurological diseases such as ADHD and weakness in specific cognitive skills which are considered to be as a result of dysfunctional dystrophin protein in brain.

Diagnosis can be made on the clinical manifestations and more precisely genetic testing can be done to make a diagnosis at the time of birth. Moreover, the blood investigation is also suggestive of raised levels of creatine kinase. Other methods of testing include DNA testing, muscle biopsy and prenatal tests.

The prolonged duchenne muscular dystrophy can affect the multiple systems of the body, and a few major complications are listed as

As this disease is a myopathy it involves the involvement of muscle tissues in the disease. In Ayurveda, mans dhatu is correlated with the various muscles of the body and the mansvaha sroto dushti (vitiation in microchanneled environment associated with the muscle tissue) is considered as the basic cause of all the myopathies or muscular dystrophies. And thus, Duchenne muscular dystrophy can be considered as mansvaha sroto dushti janya mamas dhatu kshya

Acharya Charka had mentioned the basic seats of manovaha srotas as sanayu (tendons) and twak (skin). Thus as discussed above the initial sign of this disease involves the shortening of the achilles tendon which results in mobility issues. The wrinkled, loose or flaccid skin can be generally seen in the parts affected. Also the kshay lakshan (signs of deficiency) of mamasdhatu as mentioned by Acharya Sushruta are as follows

There is gradual wasting of muscles of buttocks, pubic region, calves, thigh, cheeks, lips, axilla, chest, abdomen and neck. Malaise and loss in the elasticity of arteries and weight loss are also the general clinical signs of mansa dhatu kshaya.

These symptoms are very much similar to the features of Duchenne Muscular dystrophy. Hence the treatment protocol for the mamas dhatu kshaya must be used in this case for best results.

Shanshaman Chikitsa includes the use of herbal formulation for strengthening the muscle fibres or correcting the neuromuscular coordination. The use of dhatu poshak dravyas along with balya (drugs used for proper feeding of body tissues and providing strength) must be done.

Planet Ayurveda Is A Globally Emerging Medicine Manufacturing Hub That Manufactures The Herbal Or Herbomineral Formulations With Strict Adherence To Ayurvedic Texts. The Products Formulated Here Are Obtained From 100% Natural Sources And Are Duly Purified And Processed Under The Guidance Of Our Expert Team Of Ayurvedic Physicians According To Ancient Time Tested Formulas.

The ingredients of these capsules include extracts of safed musli (Asparagus adscendens) and gokshura (Tribulus terrestris). These both are considered as the best strength enhancers since ages.

Here, the word pushtibalprada means nourishing the body, and providing strength to the muscles. Also, the word shramhara here means it can also help in preventing or treating the over fatigue in muscle caused due the Duchene muscular dystrophy. Also, Acharya Charka had mentioned musli in sukrajanan mahaakshay, due to its dhatu vardhak (nourishing the bodily tissues deeply step by step from rasa to rakta and upto shukra) action because of its madhur-madhur-sheet sweet taste, aphrodisiac nature and cool potency) qualities that enhances the quality of body tissue which in process will also treat the altered mans dhatu (body tissue associated with muscles) due to the ongoing muscular dystrophy. Gokshura also has such properties that promote the health of muscles and also flushes out the toxins from the system to fast up healing the damage.

These capsules are being formulated with the standardised extract of Ashwagandha (Withania somnifera). Ashwagandha is a well known herb for promoting the overall strength of the body. Acharyas had described the many health benefits of it. Some of which play a very key role in treating Duchenne muscular dystrophy. The uses mentioned in text for Ashwagandha are as:

In this shloka the word balya signifies the ultimate efficiency of the herb in providing strength to the musculature, also the word rasayani means having some rejuvenating properties, (the herb is rich in antioxidants and promotes the better scavenging of free radicals and other endotoxins from the body). The other word shukarla signifies its role in nourishing the dhatus by the same procedure as discussed in musli. Thus with these properties along with its shleshmasothakshayupha (decreasing the aggravated kapha, reducing swelling or painful conditions and treating the dystrophy), this is the perfect formulation for these types of dystrophies.

These capsules formulated by the Planet Ayurveda team for the betterment of essential vitamins and nutrients for the disease. Green Essentials contains grape seeds (Vitis vinifera), wheat grass (Triticulum aestivum), spirulina and amalaki (Emblica officinalis) like herbs which are a rich source of required nutrients for the body. The person affected with Duchenne muscular dystrophy most of the time is unable to cope with the required nutrition due to dysphagia . These capsules will facilitate the completion of requirements of the body along with boosting the immune system of the body.

Boswellia-Curcumin is the one of the best formulations made by the Planet Ayurveda team with the goodness of extracts of two magnificent herbs i.e. boswellia and curcumin. The useful part used in Boswellia serrata (also known as shallaki), is the gum resin extracted from it (which is also mentioned as kundru in Ayurvedic texts). The properties of kundru as mentioned in texts are as:

Here, the word kaphanailan means it is beneficial in quenching both the kapha and vata dosha, which are very much beneficial for this muscular dystrophy. The herb also has anti-inflammatory and analgesic effects which also support the condition symptomatically.

The other ingredient Curcumin (Curcuma longa) which is known as haridra in ayurvedic texts has multi-dimensional beneficial actions on encouraging the health and healing power (immune response) of the body. The qualities of Haridra as mentioned in Ayurvedic texts:

Here in this phrase, the word krimighna can be understood as the quality of haridra to scavenge the various endotoxins from the body by its rich antioxidant nature of its phytochemicals. Also the term kaphapitanut in the shloka, signifies the property of curcumin to pacify the vitiated kapha and pitta condition, which will support digestion.

Thus, these both ingredients in combination makes a perfect match that makes the body more able to fight Duchenne muscular dystrophy.

As discussed above there is depletion of mamsa dhatu due to mansvaha sroto dushti. And Acharyas had mentioned suvarna (purified gold) preparations are best for dhatu kshaya avastha (state of depletion of body tissue i.e. muscle tissue). Suvarna Basant Malti ras is a classical formulation with gold as the main ingredient along with other ingredients that are beneficial in nourishing the depleted mamsa dhatu as a result of duchenne muscular dystrophy along with enhancing the overall health of the body. This preparation also has a role in pacifying vitiation of vata and vata is considered as the main dosha involved in various neurological disorders, thus supporting better neuromuscular coordination of the tissues.

Dosage– 1 tablet once daily to be chewed, after meals.

Atirasadi churna is an herbal formulation available in powder form. It consists of the ingredients that have the best dhatu poshak effects. These ingredients include safed musli, ashwagandha , shatavari (Asparagus racemosus) and kesar (saffron) like herbs which aids the nourishment of bodily tissues and is also a great strength provider for muscles. Moreover, the powder form of these herbs facilitate in the better absorption and fine nature of the extracts allowing the extending the reach upto cellular level and thus magnifying the effects of this formulation in Duchene muscular dystrophy.

There is no treatment for Duchenne muscular dystrophy with allopathic medicine. Whereas Ayurveda being an ancient science of life, treating such ailments since ages through a holistic approach of therapeutic procedures and herbal formulations. So, this is the best time to shift to Ayurveda mode of treatment for managing this type of dystrophies.