Natural Remedies for The Treatment of Trigger Finger

In our body, there are 206 bones present. Bones help to give a definite shape to our body and protect some organs also like the brain. Each bone is connected to muscles and other bones by means of some structures. These structures are tendons and ligaments which are of equal importance like bones. If they are affected, then ultimately the bones will have to pay a toll. So, today we are going to learn about one such condition where the bone is affected as a result of tendons involved.

It is a medical condition which involves the stucking of one of the fingers in a bent position. It is so called because the finger involved may bend and get straightened with a snapping sound just like a gun’s trigger being pulled and released. It is also known as stenosing tenosynovitis. Though both sexes are affected, women with arthritis and diabetic individuals are more prone to this condition. 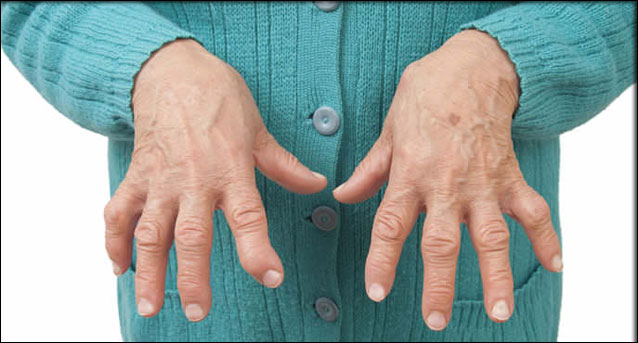 Causes of the trigger finger are as follows

Our bones are attached to muscles by the means of tendon, which helps the bone to move. Every tendon in our body is covered with a protective sheath. When there is an injury or overuse of these sheaths/tendons it leads to inflammation. This inflammation causes irritation of the sheath and causes trigger finger. There are some subjects who are at more risk to develop trigger finger such as women, diabetic individuals, those who are in occupation which involves continuous or prolonged hand grip use.

Following are the symptoms of trigger finger

When presenting with the above mentioned complaints in the opd, a physician is able to diagnose a case of trigger finger in a general physical examination with the help of history of complaints.

The treatment of trigger finger is not very promising in allopathy. It involves only prescribing painkillers to manage the pain for a short period of time which comes back once the duration of action is over. In some cases help of splints is taken to keep the finger straight in a fixed position. Physiotherapy and stretching exercise is another option which gives relief by reducing stiffness.

In the Ayurvedic system of medicine a case is not seen merely as the presenting complaints, rather the emphasis is given on the cause of the disease. Now, the cause of the disease in the ayurvedic system differs from modern science. The cause according to the Ayurvedic system is vitiation of one of the doshas that are present in a harmonious way in every human. When there is corruption of any one dosha, it leads to occurence of disease. In the trigger finger, there is deviation of Vata dosha, therefore the treatment plan is based on pacifying the Vata dosha to bring it in balance.

Planet Ayurveda is a leading firm which prepares natural herbs using authentic ways and has great results in curing trigger finger. All the herbs that are prepared here are free from chemicals, preservatives, starch, additives, colors, yeast, binders and fillers. They are 100 percent natural and are formulated by MD Ayurvedic doctors with years of experience. It has a worldwide range of distributors and has a great response from various countries when it comes to cure diseases that are considered incurable by allopathic doctors. 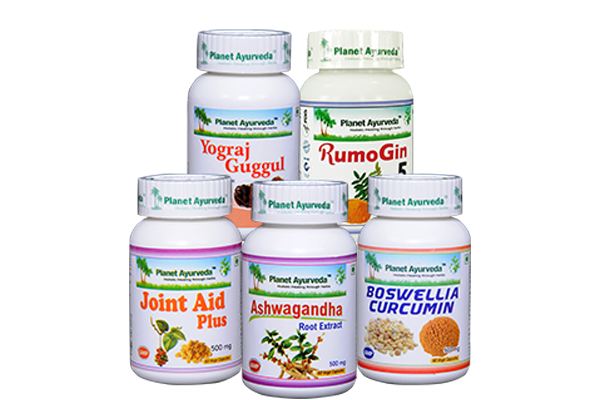 This is a wonderful formulation by Planet Ayurveda for pacification of Vata dosha which is the main culprit in trigger finger. Apart from joints it also treats nerves and muscles. It acts as an antioxidant and hence makes the immune system stronger. The metabolism of the body could also be maintained with this as this helps to remove the toxins from the body. Ingredients of the Yograj Guggul are Ajwain (Carum copticum), Vidang (Embelia ribes), Chitrak (Plumbago zeylanica), Pippali (Piper longum), Rasna (Pluchea lanceolata) and other herbs.

This is the formulation which is used in many disorders which involve chronic inflammation as this product has anti-inflammatory properties. It will reduce the prominent symptom of trigger finger which is stiffness in finger especially in the morning. It also increases the range of motion of joints by reducing the pain. Ingredients of the Boswellia Curcumin are Shallaki (Boswellia serrata), Curcumin (Curcuma longa) and other herbs.

Dosage: 1-2 capsules once or thrice daily with plain water after meals.

It is widely known for its anti stress properties. This formulation by Planet Ayurveda is a blessing for those who are suffering from anxiety, palpitation, nervous breakdown which is very tiring in nature. It nourishes the nervous system and acts as a tonic for the brain. It will make the joints and muscles get proper nourishment, hence reducing pain and swelling. Ingredients of the Ashwagandha Capsules are Ashwagandha (Withania somnifera

Dosage: 1-2 capsules once or twice daily with plain water after meals.

It is a well indicated remedy for trigger finger as it is capable of reducing swelling and pain which is the main pathophysiology in trigger finger. This could be easily used as a substitute to the modern painkillers that too without having any side-effects. Ingredients of the Joint Aid Plus Capsules are Guggul (Commiphora mukul), Shallaki (Boswellia serrata), Nirgundi (Vitex negundo), Sonth (Zingiber officinalis) and other herbs.

Dosage: 1-2 capsules once or twice daily with plain water after meals.

It is an excellent formulation for the individuals suffering from chronic pain in joints and muscles due to arthritis. Reducing morning stiffness in joints is an easy task for this remedy. It also works well in the cases of lumbar and cervical spondylitis. Apart from musculoskeletal complaints, its sphere of action also covers the digestive system. Therefore, it deals well with dyspepsia, flatulence, and indigestion etc. Ingredients of the Rumogin-5 capsules are Maricha (Piper nigrum), Pippali (Piper longum), Haridra (Curcuma longa), Shallaki (Boswellia serrata) and other herbs.

Contact my assistant to provide you the costing/ordering and delivery information at – costing.planetayurveda@gmail.com or call at +91-172-5214040 Or Check Website – www.PlanetAyurveda.com

It could be concluded that vitiation of Vata dosha leads to trigger finger. So, we should take steps to avoid the vitiation of Vata dosha which includes healthy food habits i.e eating timely, consuming food which aren’t dry and digested easily, sleeping on time, staying stress free. There are many natural herbs mentioned in ancient ayurvedic texts which are capable of balancing the imbalanced dosha. With Ayurveda treatment one can expect a healing which is gentle, permanent and free from any side effects.