Music is a string that braces our soul and fills its emptiness. The feed of music for our soul is cooked by Musicians. They are the one which can make you laugh and cry with strings of their music. We all know how supportive the listening music is when mood is not on its way. This is all magic of musician’s hands and brain which generates music. When the hands and brain of musicians work simultaneously, the waves of music coming from their instruments make our soul dance. But unfortunately, sometimes the situation arises which incapables the musician to produce magic with his hands. This condition is termed as Musician’s Dystonia. In this article, we are going to discuss Musician’s Dystonia and how to treat it.

Dystonia is also observed in hair stylists, tailors, athletes and in people who spend most of their time typing on the computer keyboards. The type of dystonia that occurs in athletes is termed as 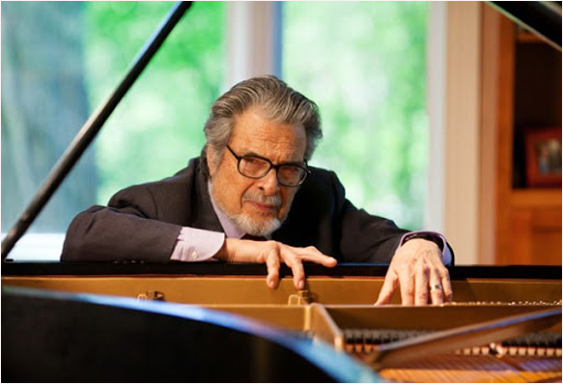 Musician’s dystonia is the result of variations in the way of nerves of body parts to build communication with the brain. In response, instructions from the brain fail to coordinate with desired movements.

Some Medical Conditions Which can Cause Musicians Dystonia are

Some Habits of musician’s can Also Cause Musicians Dystonia, which includes:

Environmental and genetic factors may both play a role in Musician’s dystonia. About 10% of people affected with this disease already have a family background of this condition.

Generally there is no feeling of pain observed in this. Symptoms of Musician dystonia may find in hands which don’t respond as wanted when musicians try to play his instrument.

Symptoms to be observed are:

When you visit your doctor, he will ask your medical history, used medications and activities of daily life. Doctor also make an examination of affected body part and ask to perform some tests which are:

There is no exact treatment of Musician’s dystonia in modern science. However there are several treatment approaches including intake of anti-cholinergic such as Trihexyphenidyla and several others. Intake of such medicines is not effective to treat this disease but they give adverse effects to the patients such as difficulty in urination, dry mouth, anxiety, drowsiness and depression. These medications are not safe to consume as they have numerous side effects.

But there is no need to worry; the Ayurveda system has effective treatment of this disease and that too without giving any side effects. As Ayurveda is the oldest and natural system of medicines, it makes the disease treated by its root cause. Ayurvedic medicines are 100 percent safer to consume for person of any age.

How to Find which Ayurvedic Company is Best?

PLANET AYURVEDA is treating various acute as well as chronic diseases from a number of years. It manufactures its own herbal products using organic and pure herbs and applying principles of Ayurvedic literature. All our products are formulated with best quality extracts of herbs without using any chemical, preservative, starch, additive, binder, colors or any other synthetic excipient under the guidance of MD Ayurveda doctors.

As a result of many years of research and study, Planet Ayurveda manufactures some preparations for the treatment of Musicians Dystonia. 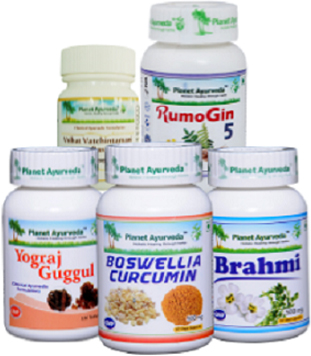 Take a look at These Wonderful Formulations.

These capsules are very much effective in treating musician’s dystonia, along this they improve bone health, joint health, and muscle health also.

Many more are used in Planet Ayurveda’s manufacturing unit to make Yograj guggul tablets. These tablets are advantageous in getting rid from musician’s dystonia and arthritis also. Equilibrium between Tridoshas (Vata, Pitta and Kapha) are also maintained by Yograj Guggul tablets.

DOSAGE: 2 tablets, twice in day with normal water, after meals.

DOSAGE: 125 mg, twice a day with honey or musta kashaya, after meals.

DOSAGE: 1 capsule, twice during a day with normal water, after meals.

Ayurvedic medicines of Planet Ayurveda are best in treating musician’s dystonia in a natural way as they don’t have any side-effects.

Musicians entertain us with their magical hands and instruments. So, it is necessary for the magicians to stay healthy and get rid from Musician’s Dystonia. As we read above, this is a disease which can be treated with Ayurvedic medicines only. Use above given medicines and generate vibes of happiness and love into environment.

“Eyes” are the vital and important sense organs of our body. We have to sustain our eye health because they allow us to recognize things physically. Most of the eye diseases show no symptoms and occur suddenly, so it’s better to do some preventive measures rather than waiting for suffering from a disease. In this article, we are going to discuss in detail about an eye disorder, “Reis buckler dystrophy” (a genetic autosomal dominant disorder) and its management with Ayurveda.

Reis buckler’s dystrophy is the dystrophy of cornea in which the degeneration of the bowman’s layer occurs. It is an autosomal dominant disease associated with mutation of the TGFB1 gene and develops within 1 decade of life. The symptoms include corneal erosion, pain, swelling, redness, and photophobia ultimately leading to corneal dystrophy or loss of vision.

On examination, it shows bilateral cloudy patterns in the upper cornea and elevated epithelium. Corneal erosion often occurs recurrently during 1 year of life and the cornea becomes more irregular and dense. Diagnosis may be done by clinical examination of the eye. Symptomatic management is done at initial stages and at the end the ultimate treatment is surgery i.e. corneal transplantation and keratectomy. 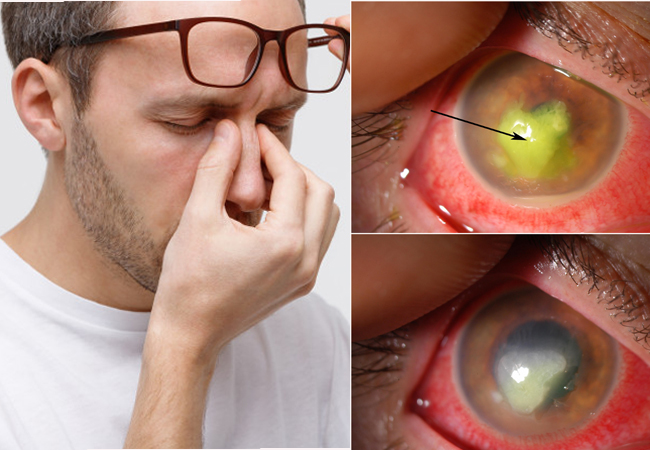 Ayurveda is known as the science representing the healthy way of life. Our Acharyas explained the concept of daily regimen, seasonal regimen and about the lifestyle (sadvritta) very gently. We will be forever healthy, if we follow some lifestyle and dietary recommendations in our daily routine. As per Ayurveda, all the diseases are caused due to vitiation or imbalance in the tridoshas i.e. Vata, Pitta and kapha. We can correlate Reis buckler dystrophy with shukra roga as mentioned in ancient Ayurvedic texts i.e., svran and avran shukra.

Acharya Sushruta explained that the corneal part of the eye has ulcers at the deeper layer due to which it secretes ushansrava (hot secretions) and experiences a pricking pain.

Acharya sushruta states that due to recurrent infection or their associated symptoms, the corneal part becomes opaque and becomes cloudy in appearance which is known as arvanshukra

What are the symptoms of shukra roga?

At initial stages the symptoms are:

What is the Diagnosis for Shukra Roga?

With the help of darshan (inspection), we will come to know about corneal opacity, redness etc. We will be able to find the site of pain , redness by sparshan (palpation). Last but not the least, Prashan (History taking) is the most important tool for the diagnosis as the medical history of the family as well as his family about recurrent infections is known with this.

How is shukra roga treated or managed?

The Treatment of shukra roga includes

Planet Ayurveda is a trusted and eminent organization offering herbal products worldwide. These products are prepared by following the strict principles of Ayurveda under the guidance of Expert Ayurveda practitioners. Planet Ayurveda provides some single and poly herbal formulations for the management of Reis buckler dystrophy as these are as follows:-

Dosage: 1-2 capsules twice a day after meals with plain water.

Pitta balance is a safe herbal formulation which is prepared using Akik Pishti (agate compound), Kamdudha Ras, Mukta pishti (coral calcium compound) and other natural cooling agents. As its name indicates, it balances the Pitta Dosha in the body so helpful in treating symptoms like irritation and hot watery secretion (ushansrava).

Vrihat vat chintamani ras is a classical herbo-mineral preparation used in numerous nervous system ailments. It has anti-oxidant and rejuvenating properties. The ingredients comprise swarna bhasma, abhrak bhasma, loha bhasma, praval bhasma, etc. with some other efficacious herbs. This helps in pacifying Vata Dosha and helps in the treatment of eye disorders.

Dosage: – 1 tablet to be chewed with warm milk twice a day after meal

Brahmi Chyawanprash is purely a herbal formulation in avleha form and prepared using Brahmi (Bacopa monnieri), Dashmoola, Bala (Sida cordifolia), Ashwagandha (Withania Somnifera) and 24 other herbs. It possesses rejuvenating properties and assists in sustaining the imbalance of Dosha (body energies), Dhatu(tissues of the body) and mala (bodily waste). This formulation is very effective in eye and nervous disorders.

Saptamrit loh is a poly herbo-mineral formulation which contains

This preparation is very effective for eyes and body’s health. It also has anti-inflammatory and analgesic properties due to which it is beneficial in treating symptoms like pain and redness.

Dosage: 2 to 3 tablets twice a day with Honey or Ghee after meals

This herbal formulation is safe and prepared in ghrit form using classical herbs. For eye diseases, snehana (oleation therapy) with ghrit is done and it aids in treating the associated symptoms. It can be given both externally and internally and has both vata and kapha pacifying properties.

Dosage: 1 teaspoon with lukewarm water or with food

Curcumin is a single herb formulation using standardized extract of Curcumin or turmeric (Curcuma longa). Curcumin is an amazing herb known for its antiseptic, antioxidant, analgesic, and anti-inflammatory properties. These capsules help in improving the vision and slow down the process of corneal degeneration.

Dosage – 1-2 capsules twice a day with plain water, after the meals.

Hence, we can conclude that herbs work well on the three vital energies i.e., Vata, Pitta and Kapha. The herbal formulations from Planet Ayurveda show effectual results in treating the patients with Reis buckler dystrophy. Also, following a proper diet and lifestyle supports the treatment and provides results within a limited period of time. For a personalized consultation, you can write to us at herbalremedies123@yahoo.com.