What Is Pudendal Neuralgia? – Management and Prevention with Ayurveda

Pudendal nerve is one of the main nerves present in the premium which helps in carrying sensation from the external genitalia of both sexes. It is also responsible for passing signals around the skin of the anus and also the motor supply to the different pelvic muscles which includes female and male external urethral sphincters. The damage of the pudendal nerve is commonly noticed in childbirth where fecal incontinence is very commonly seen. The Pudendal canal is responsible for carrying a pudendal nerve also known as alcock’s canal then it runs down in pairs meaning one from the left side and the other from the right side of the body. Sometimes the damage to the nerve results in shooting pain and one of the reasons for this disease is Pudendal neuralgia. So, today in this article we are going to discuss Pudendal neuralgia along with its herbal remedies.

What Is Pudendal Neuralgia?

Neuralgia simply refers to a condition where the person suffers from shooting pain due to damage of the specific nerve. This nerve condition can affect any of the nerves and the pudendal nerve is one of them that particularly affects the genitals and pelvis. In pudendal neuralgia, the pain usually stays for 2 minutes and then goes which is noted while passing urine or during sexual intercourse and sometimes while sitting down. It is not known how many people are affected but the cases of Pudendal Neuralgia are very rare 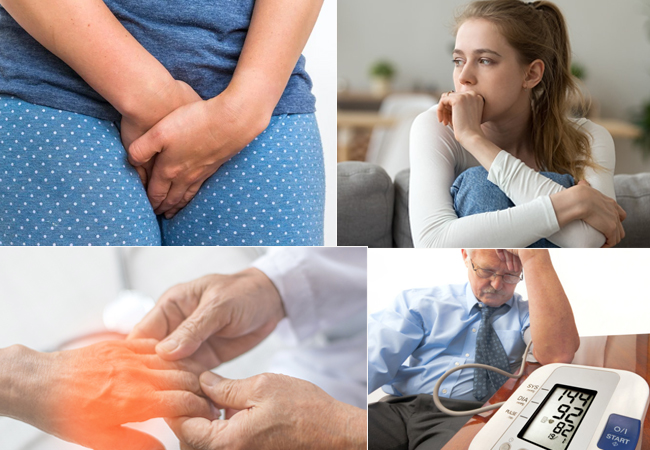 What Are The Causes For Pudendal Neuralgia?

The pudendal nerve can become compressed which then results in either permanent or temporary neuropathy. There are some triggering factors that are responsible for damaging the nerve either involving one side or both sides. The condition becomes irreversible when the nerve is stretched more than 12% of its original length

This divides the disease into an acute or chronic disorder

What Diagnosis Can Be?

To diagnose Pudendal neuralgia, you need to include clinical examinations like

According to Allopaths, there is no specific treatment other than that they will prescribe pain killers which will only help in removing the symptoms but not the root cause of the disease. According to Ayurveda, the main cause for the development of Pudendal Neuralgia is the imbalance of the Vata and Pitta Dosha. Due to the violation of the Dosha, the nerve gets damaged resulting in pricking, stabbing, or shooting pain also known as the Vataj type of pain. It can be easily managed through herbal medicine which will help in reducing the symptoms and removing the cause by balancing the Dosha. 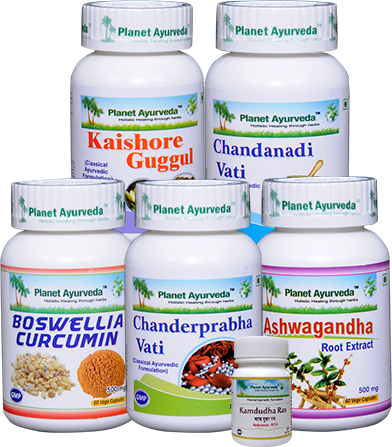 Planet Ayurveda provides herbal medicine that is 100 percent pure, natural, and vegetarian. All the herbal remedies are made under the supervision of MD Ayurvedic Doctors and they are all clinically tested. Each and every herbal medicine is free from chemicals, preservatives, and additives making them free from side-effects.

Here is the list of herbal medicine for Pudendal Neuralgia

It is formed from the combination of herbs like

Kaishore guggul helps in balancing the Vata and Pitta dosha which is disturbed in the case of Pudendal neuralgia. It also helps in removing complaints like pain, burning sensation etc.

Dosage:- One capsule twice daily with water after meals.

It is helpful in balancing the Pitta Dosha and is useful in removing ailments like sweating, bleeding, vomiting, pain, etc which is very commonly noted in a patient with Pudendal Neuralgia. Kamdudha Ras Moti Yukt is very helpful in removing an infection from the urinary tract and gives strength to the nerves.

It is one of the classical herbal medicine formulated with herbs like Guggul (Commiphora mukul), Haridra (Curcuma longa), Amalaki (Emblica officinalis), and many more other excellent herbs. This herbal formulation helps in boosting immunity and making the nerves very strong. It is suggested to be one of the best herbal formulations for any kind of neuralgic disorder.

This herbal medicine is made from two excellent herbs called Shallaki (Boswellia serrata) and Haridra (Curcuma longa). Both of the herbs are very useful in reducing the swelling of the genital area. Boswellia Curcumin is also found very useful in systemic sclerosis and diabetes which is also one of the causes of Pudendal Neuralgia.

Hence it is concluded that Pudendal Neuralgia is a painful and rare disorder. According to the modern method, there is no specific treatment but Ayurveda offers herbal medicine as mentioned above will help you in removing the root cause. The herbal remedy will not cause any complication instead it will remove the root cause of the disease.