Treatment of Hemochromatosis with Herbal Remedies

Hemochromatosis is a disorder in which too much iron gets accumulated in body. Body needs iron but too much of iron is toxic. When a person has hemochromatosis, his body starts absorbing more iron than needed and body can’t get rid of extra iron naturally. It stores in body tissues like liver, heart and pancreas and without treatment, it causes the organ to fail. 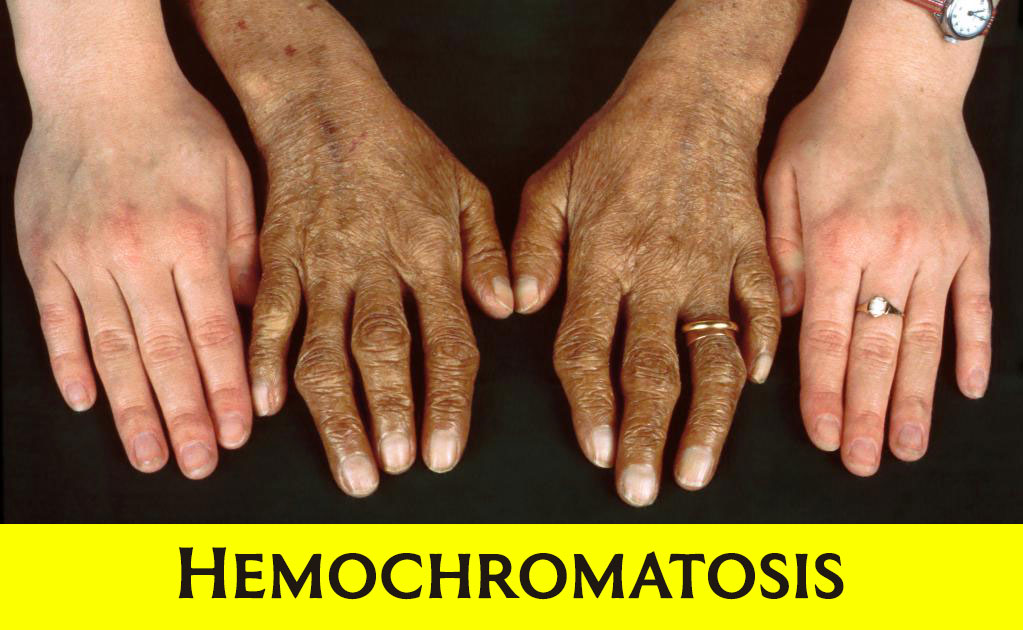 Most of people don’t get any symptoms. But in some cases symptoms appears like in men, symptoms seen between ages 30 and 50. Women often show signs when they’re over 50 or past menopause that may be because they lose iron during menstruation and delivery.

Symptoms of Hemochromatosis Include

Symptoms of Hemochromatosis when Problems Arises are

Hereditary hemochromatosis is caused due to mutation of genes. It controls the amount of iron in body which is absorbed from the food. These mutations are hereditary that is they are passed from parents to children. This is most common type.

Gene Mutations that Cause Hemochromatosis

A gene called HFE is most often the cause of hereditary hemochromatosis.  One HFE gene from is inherited from each of parents. The HFE gene has two common mutations, C282Y and H63D.with the help of Genetic testing we can find these mutations in HFE gene.

There are two types of this condition:

This type runs in families that is it is hereditary in nature. If you get two genes from each parent then one is at risk of getting diseases.

Manjistha capsules used in hemochromatosis act as blood purifier.
It removes toxins from body. It pacifies pitta doshas that is it reduces excessive heat from of body. It boosts immune system and increase white blood cells. It also works in hypopigmentation of skin. So it is helpful in preventing color changes of skin. It also relives joint pain which occurs mainly in knuckles in hemochromatosis.

It is natural blood builder. It nourishes the cells and helps to maintain healthy immune system. They are rich in vitamin B complex, minerals, iron which is responsible for tissue repair and blood formation. Grapes used in green essential removes toxins like drug deposits, heavy metals and cancer causing agents from liver and blood.

It cures cirrhosis of liver. It helps in purifying blood and also removes various toxins from body. It maintains healthy liver. kutki used in it helps to cure cirrhosis of liver among adults. It acts as anti-oxidant, hepatoprotective and hepatostimulating agent.

Dosage:- Two capsules twice a day, 30 min before and after meals.

It acts as effective blood purifier. It is powerful agent in minimizing uric acid from blood to larger extent. It is helpful in preventing fatty liver and liver cirrhosis. It acts as immune modulator and anti-hepatotoxic in nature. It is also helpful in skin problems and painful joints that occurs in hemochromatosis.

So these formulation helps to boost immune system, and acts as blood purifier. It is also helpful in skin problems.