What is Poland Syndrome?- Causes, Symptoms and Treatment

Poland syndrome is a rare disorder which is typically present in children from birth. It can also be termed as congenital disorder whose symptoms and signs vary from person to person or from case to case. But classically it is characterized by absence or aplasia of chest wall muscles usually on one side (unilateral) along with abnormally short, webbed fingers, known as symbrachydactyly which describes a hand abnormality affecting single upper limb and it is not inherited. The affected upper limb generally has the same side as of the affected chest wall muscles (ipsilateral). In this article we will basically discuss Poland syndrome in detail and also about its Ayurvedic management.

The patients who are having poland syndrome have unilateral absence of pectoralis minor and also the sternum or breastbone portion of the pectoralis major. Pectoralis minor is a very thin and triangular muscle of the upper chest wall. On the other hand, pectoralis major is a large, fanlike muscle which is responsible for covering the upper and front part of the chest. Poland syndrome generally affects males more commonly than females. Usually the involvement of the right side of the body is affected and there is no specific cause which is being mentioned for development of this question. But still based on theories, some relevant reasons are mentioned. In ayurveda, the concept of shad garbha kara bhavas can be applied to understand this condition.

According to reports reflecting medical literature, this condition occurs without any cause and maximum cases occur randomly. The relation of poland syndrome with family history can not be established as in almost all the cases the child born with similar condition don’t have parents, grandparents or siblings having poland syndrome. Though, in some cases hereditary susceptibility to a certain point can be seen.

They may include impaired development of certain arteries supplying chest muscles and due to this interrupted blood flow during early embryonic growth poland syndrome occurs. For this “subclavian artery disruption sequence” term can be used which takes place at or around the sixth week of embryonic development. 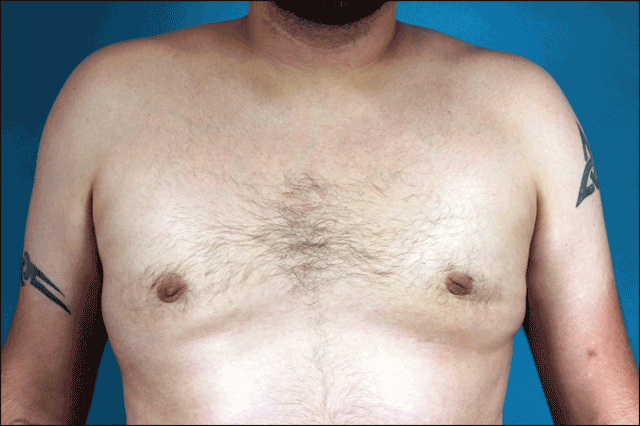 The diagnosis for poland syndrome is usually made at birth which is based on the characterized physical findings, some clinical evaluation and different specialized tests. The test which are generally performed are as follows

In Ayurveda every congenital disorder is said to be the result of imbalance in shad garbhakara bahavas. It can be the imbalance of one garbhakara bhava or even more than one can also be present. The shad grabhakara bhavas include matrija, piterija, atmaja, satmyaja, rasaja, sattvaja bhavas which are responsible for formation of anga pratyanga of garbha i.e organogenesis. These shadbhavas are not only responsible for the structural growth of foetus but they also play an important role in the development of psychological, spiritual and emotional factors. Therefore we can say that proper growth and development of Garbha is achieved from a combination of proper shadbhavas.

These medications are as follows

Vikramprash is the patent herbal formulation of Planet Ayurveda available in jam-like consistency and has been  prepared  using potent herbs like Bilva (Aegle marmelos), Agnimantha (Premna mucronata), Shyonak (Oroxylum indicum), Patla (Sterospermum suveolens), Shalparni (Desmodium gangeticum), Bala (Sida cordifolia) etc This formulation has muscular and cellular rejuvenation effects on the body as well as on mind. The vikramprash is potent enough to provide nutritional support to the body.

This is a single herbal formulation which is prepared from pure extracts of Ashwagandha (Withania somnifera).  Ashwagandha is a very durable herb for mind and body. It behaves as a nerve tonic as well as being effective for muscle strengthening. It is prepared using pure and potent extracts of Ashwagandha. The formulation is generally used in debilitating conditions like poland syndrome. This helps in strengthening the muscles and calms down the metabolism thus resulting in body relaxation.

Atirasadi churna is a powerful herbal formulation. It is a most potent and effective herbal formulation for enhancing  the overall health of the person. Its key ingredients include best rejuvenating herbs such as Safed musli (Chlorophytum borivilianum), Kali musli (Curculigo orchioides), Gokshura (Tribulus terrestris), Ashwagandha (Withania somnifera), Vrahikand (Dioscorea bulbifera), Kesar (Crocus sativus) etc. This product is very useful in maintaining and enhancing muscle strength and also has a very significant effect on increasing the quality and quantity of sperm.

Dosage: ½ teaspoon twice a day with milk after meals

This is a classical Ayurvedic oil preparation which is being formulated for various kinds of disorders and has potent herbs as its ingredients like Sesame Oil (Sesamum indicum), Bala (Sida cordifolia), Yava (Hordeum vulgare), Kola (Ziziphus jujuba), Kulthi (Dolichos biflorus), Bilva (Aegle marmelos) etc. This helps in enhancement of the muscle strength and in addition, is also very beneficial for undernourished or weak muscles. Dhanwantharam oil is beneficial for pain disorders such as arthritis, knee pain, backache and spondylosis.

How to apply: Apply over the affected area thrice a day after cleaning it properly.

Poland syndrome is no doubt a very rare disease. It is kept under the category of congenital disorders and can be effectively managed using Ayurvedic herbs along with plastic surgery or physical therapy routines. This will definitely help in improving and enhancing the basic functioning of the child. The products which are being offered by Planet Ayurveda are totally herbal, do not contain any kind of harmful preservatives, dyes, colours or additives. In case of any query kindly visit www.planetayurveda.com