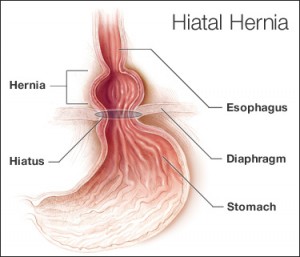 Ayurveda is the oldest medical science or healthcare system. Ayurveda literally means ‘the science of life’. Ayurveda is also called as Indian system of medicine. Ayurveda teaches us in a comprehensive way that what is harmful, and what is useful to the human body. Ayurvedic system of medicine addresses the happy and unhappy states of the human life. Ayurveda speaks about preventive as well as curative aspects of the diseases.

Ayurvedic system of medicine is based on peculiar fundamental principles like and Panchmahabhuta (five elements ether, air, fire, water and earth) theory and Tridosha (three humors vata, pitta and kapha) theory. The five elements are building blocks of human life. The five elements have a significant role in Human Anatomy and Human Physiology.

Pitta in scientific language can be described as biological fire. Pitta is hot, moist and light. Pitta is responsible for digestion, body temperature, visual perception, hunger, thirst, complexion, intelligence, courage and softness. When pitta is vitiated, it imparts yellow colour to stool, urine, eyes and skin. It leads to hunger, thirst, burning sensation and inflammation. Caraka has described forty diseases caused by aggravation of pitta. The primary site of pitta is small intestine. Other sites include stomach, sweat, sebaceous glands, blood, lymph and eye.

Cause of Diseases as per Ayurveda

What is Hiatus Hernia?

Definition: Hiatus hernia is a condition involving herniation of the contents of the abdominal cavity, most commonly the stomach, through the diaphragm into the mediastinum.

Hiatus Hernia as per Ayurvedic Theory

As regards Ayurvedic treatment of Hiatus Hernia is concerned, it is similar to Amlapitta (hyperacidity). Food, when consumed without understanding one’s own digestive capacity, will not be digested properly and gets sour. The fresh food ingested further too gets sour when it mixes with the previously soured food as the seat itself vitiated. Due to the sourness of consumed food the liquidity of pitta increases further decreasing the capacity for digestion (Agnimandya). Hence Rasadi Dhatu is not formed in proper manner. This, after certain period, manifests as Amlapitta. Amlapitta is one of the major features of Hiatus Hernia.

The symptoms may include

What does Planet Ayurveda Offers for Dyspepsia?

The main aim of treatment of Hiatus hernia is controlling the hyperacidity. Proper medication coupled with diet-restrictions and preventing obesity are a mainstay in keeping the symptoms associated with Hiatus hernia away.