Bleeding disorders are the occurrences of abnormal or excessive bleeding, indicated by many physical signs in a person. When the reason behind bleeding from the nose (called epistaxis), or extremely heavy menstruation for longer than normal duration (called menorrhagia), unstoppable bleeding from injuries, cuts and wounds, and bleeding even after usual activities such as brushing or flossing the teeth, such cases of bleeding are considered abnormal. Sometimes people even experience unexplained episodes of sudden bleeding from small punctures in the skin. Internal bleeding is also considered abnormal and it is called hemorrhage which happens due to bursting of the blood vessels. 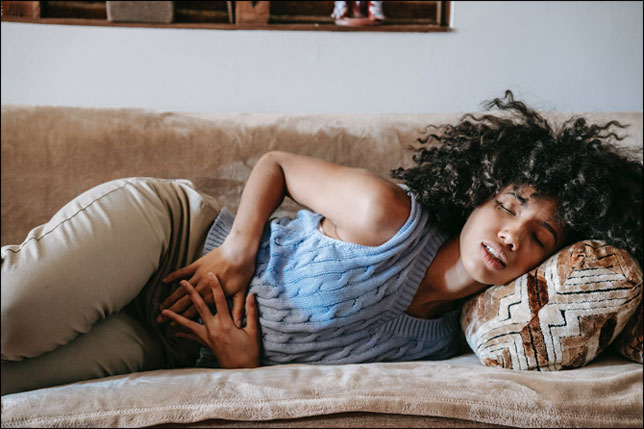 Usually women have menstrual periods lasting between three to six days. Menstrual periods are considered abnormally heavy when they last for seven or more days, and the bleeding is heavy enough to stain the garments even while wearing sanitary pads. Bleeding when the periods are not around is also considered abnormal. Menorrhagia can cause severe blood loss and impair your normal activities.  Along with menorrhagia, conditions that require attention are:

Chandrakala Ras tablets are also known as chandanadi vati in some preparations. This medicinal formulation contains camphor, cardamom, pure mercury, Iron ash, Tin Ash, Semal tree extract, Amla prepared in giloy juice and honey. It is an ayurvedic remedy for all kinds of bleeding disorders. It is also used in the infections of the urinary tract in both males and females. It is indicated when blood is passed in bowels or urine, and also when any kind of bleeding becomes prolonged and heavy. Its secondary use is regulating blood sugar levels. It prevents the loss of red blood cells and iron from the body by increasing the coagulation and constricting the affected blood vessels.

Kamdudha ras is an ayurvedic formulation categorized as herbomineral preparation. It is used for heavy menstrual and non-menstrual bleeding, leucorrhea, bloody diarrhea, gastritis, gastric and colic ulcers and all bleeding disorders. It contains silica ash or Abhraka Bhasma, Giloy (Tinospora cordifolia) sattva and red ochre.  It is also indicated in skin diseases which are accompanied by the symptoms such as burning sensation, blood discharge and other fluidic secretions. It primarily balances pitta. Therefore it is indicated in chronic fever and digestive ailments too. It is administered with cow’s milk and sugar and for specific conditions it is also administered with grass juice. It is prepared in the form of tablets.

The juice of leaves of Sheesham tree is known as Sheesham Swaras and is an extremely effective remedy for bleeding disorders such as non-healing wounds, excessive and prolonged bleeding of the uterus, ulcers of the mouth, stomach, colon, etc., parasitic accumulation in the intestines, etc. It is widely used in the management of all pitta disorders. It also has pain relieving properties and also prevents bloody diarrhea and abnormal bleeding between menstrual periods. It heals the wounded tissues both inside and outside of the body. It is therefore able to reduce or stop uterine bleeding in women. It is also used in managing fever and liver diseases. It is also indicated in uterine disorders in both males and females.

Sphatika Bhasma or Shubhra Bhasma is the product obtained from oxidative combustion of alum. It is a medicinal compound used in menorrhagia, rectal bleeding, internal bleeding, irregular and prolonged uterine bleeding, pneumonia, body aches, leucoderma, bloody vomiting, and chronic diseases of the cardiovascular system. It primarily balances vata and pitta. It is recommended that this medication be taken only upon consultation from a competent physician. It is known for its haemostatic property. It is also antimicrobial and anti parasitic, and has a mild antipyretic effect. In addition to bleeding disorders it is also used in respiratory and skin diseases which are also related to blood disorders.

Mochras or semal tree is a deciduous tree the resin (gum) of which is used extensively in ayurveda, siddha and folk medicine. It is light and unctuous in nature and extremely cooling which is why it is used in raktapitta and similar disorders. It is indicated in blood purification and abnormal bleeding such as during ulcers, menorrhagia, skin eruptions, chronic inflammations of the heart and the digestive system such as coughing up blood and vomiting blood, enlargement of the spleen, gonorrhea and burning sensation in the body. This tree grows in the temperate regions of the earth such as the Andaman Islands, India, Malaysia, Indonesia, etc.

Also spelled as Bol Baddha Ras, Bol Badh Ras is an ayurvedic herbomineral formulation prepared with giloy, sulphur and pure mercury which are known to suppress inflammation, reduce bleeding by controlling the related tissues and balance the aggravated tridosha. It is used in bleeding disorders such as excessive menstrual bleeding in women and bleeding piles. Its hemostatic i.e. the property to reduce blood flow by contracting the blood vessels makes it suitable for stopping bleeding. It is astringent in nature and therefore it is indicated in all bleeding disorders, such as blood vomiting, nasal bleeding, internal bleeding, leucorrhea, ulcers in the digestive system and abnormally prolonged menstrual periods as it is specifically strengthening for the uterus. It is available in the form of pills or tablets.

Mukta Pishti or Moti Pishti is a medicinal product obtained from pearls. It is primarily used for bleeding disorders and all conditions caused by the aggravation of pitta. It is sweet, light and cool in nature. It balances all the abnormalities related to blood.  It is used to balance the heat of the blood, the digestive system and the reproductive organs. It is used by milling pearls into fine particle sizes. It has anti inflammatory, analgesic, antidepressant, antipyretic properties to name a few. It also relieves cramps in women, associated with heavy menstrual bleeding. It is especially indicated in excessive uterine bleeding and menopause, ulcers, gastric problems, mental imbalances, heartburn and urinary disorders.

Rajat is another name for silver metal. Rajat Bhasma is also known as Chaandi Bhasma or Calcined Silver Ash because it is made by oxidation reaction of silver metal. It is of great medicinal value in the traditional Indian medical treatment of various pitta disorders. The combustion of silver in presence of oxygen along with herbs and lime juice is followed by milling into particle sizes of the range 10-9m. It is used for its restorative properties in blood disorders. It pacifies the aggravated vata and the pitta which is why it is beneficial for excessive bleeding in both males and females.

Nagkesar is a medicinal tree that has been a part of the traditional ayurvedic medicine for many years. It possesses very strong anti-inflammatory properties. The flowers of Nagkesar are used in medicines. It primarily deals with aggravated swelling, inflammation and bleeding. It is therefore indicated in many bleeding disorders such as menorrhagia, bleeding piles, etc. It has pain relieving properties which make it further suitable for heavy menstrual bleeding. It is also used in healing wounds because of its analgesic and anti-inflammatory effect. It is also used for various skin disorders which are also related to aggravated pitta.

Lodhra is an ayurvedic herb of great medicinal value in all bleeding disorders. It contains significant amounts of Loturine, Loturidine, Colloturine and glycosides which are alkaloids known for their benefits in bleeding disorders. Commonly found in the north eastern states of India, Lodhra has a direct impact on the hormones regulating the female reproductive system. It is extensively indicated for individuals who are prone to frequent bleeding (raktapitta) such as from the nose and also those who have heavy menstrual periods. It also absorbs lethargy, sluggishness and heaviness from the body. It decreases inflammation and helps coagulation therefore stopping hemorrhage and menorrhagia. Therefore it is also used in the cases of inflammation in the uterus. It is used in regulating irregular menstruation. It prevents the dysfunction of the female reproductive system, especially the ovaries. It is therefore used in PCOS and infertility.

Ayurveda can accurately point out the root cause of many unrelated conditions. In case of bleeding disorders ayurveda holds the heating pitta dosha responsible for excessive bleeding from the nose, from the rectum, blood in vomiting, blood in sputum, excessive and irregular bleeding from the uterus in women, etc. It is correlated with excess blood heat and the herbs and herbal formulations listed here all effectively manage the blood pitta by pacifying the aggravated dosha. Even though ayurvedic herbs and medications have minimal side effects, any programme should be started upon due consultation from an expert. Self medication should be avoided in case you are pregnant or suffering from multiple disorders.