Glanzmann’s illness, commonly known as Glanzmann’s thrombasthenia, is an uncommon disorder in which your blood clots improperly. The majority of cases are genetic, with an autosomal recessive inheritance pattern, however, acquired GT does occur. In today’s medical system, a full cure for such sickness is not feasible since platelet transfusion is used to treat this kind of disease. However, after a while, several patients reported that their platelet count had dropped again. Ayurveda has many mystical herbs that may help you increase your platelet count in a healthy way. 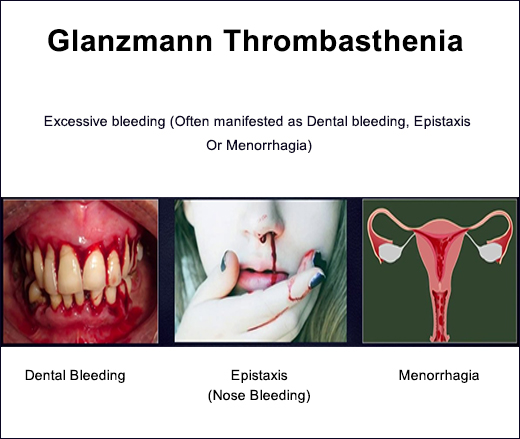 Glanzmann thrombasthenia is a platelet-related anomaly or condition. Platelets, also known as thrombocytes, are a kind of blood cell that make up a large part of the blood. Their primary job is to produce coagulation factors that form a clump to halt bleeding from broken blood vessels (clot). Platelets are responsible for the development of blood clots and the prevention of bleeding. It is a bleeding illness that begins at birth and is characterized by persistent or spontaneous bleeding. People with Glanzmann thrombasthenia bruise quickly, have regular nosebleeds (epistaxis), and their gums may bleed.

Glanzmann Thrombasthenia: What does Ayurveda have to say about it?

We may associate it with “rakta pitta” according to our old classical literature (hemorrhagic disorders). It is a “rakta” disorder (blood). Pitta dosha has its seat in the blood, thus if it becomes vitiated, it will cause an illness in the bloodstream as well. Pitta is also called ‘lohitpitta’ because it comes into touch with blood and affects it, causing a disease.

Glanzmann thrombasthenia is caused by a protein that is typically found on the surface of platelets not being present. Platelets require this chemical to cluster together and form blood clots.

Glycoprotein IIb/IIIa genes are found on chromosome 17 of your DNA. Glanzmann’s disease may be caused by mutations in these genes.

If your family has a history of Glanzmann’s illness or associated conditions, you’re more likely to inherit it or pass it along to your offspring.

Glanzmann’s thrombasthenia is characterized by a proclivity for bruising and irregular bleeding. This symptom may appear shortly after delivery or after a short length of time. The following are some of the various indications and symptoms that have been observed:

Usually, the patient is encouraged to undergo tests to determine the time of clotting, such as prothrombin time and activated partial thromboplastin time, once the doctor notices irregular bleeding. These tests may assist in determining how long it takes for a person’s plasma to clot. These tests, on the other hand, reveal that a person with Glanzamann’s thrombasthenia has a long time.

Glanzmann’s illness does not have a particular therapy. For individuals who experience significant bleeding episodes, doctors may recommend blood transfusions or donor blood injections. People with Glanzmann’s illness have reduced bleeding and bruising when damaged platelets are replaced with normal platelets. These therapies, however, just give symptomatic alleviation to the patient; Ayurveda, on the other hand, works extremely liberally by reaching the root of the problem.

What role does Planet Ayurveda play in this?

You may utilize Planet Ayurveda’s herbal treatments; it is a renowned herbal manufacturing company with Ayurveda professionals serving people all over the globe. They have several herbal formulations that will help with Glanzmann thrombasthenia, including:

Level-1 (Basic Pack) of the ITP – Five herbal formulas are included in this box. Idiopathic thrombocytopenic Purpura is a kind of thrombocytopenic purpura that is caused by an unknown cause. It causes a drop in platelet levels in the body of the dead individual, which causes bleeding by preventing blood clot formation. The herbal remedies included in this ITP kit are as follows: 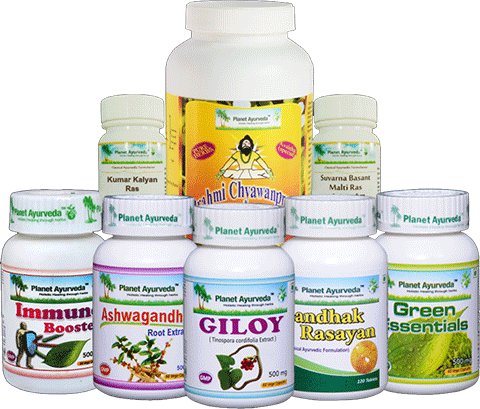 Cow colostrum (Bovine colostrums), Amalaki (Emblica officinalis), bhumi amla (Phyllanthus niruri), and grape seed (Vitis vinifera) extracts are all included in this herbal dietary supplement. This Planet Ayurveda Immune Booster is made entirely of natural ingredients. It has no known side effects and stimulates and maintains a healthy digestive system, immunological system, respiratory system, and hepatobiliary system, as well as the health of people’s skin.

Ashwagandha (Withania somnifera) is a commonly used herb in Ayurveda because of its varied activities and properties. Ashwagandha tablets include a single plant’s high-quality, standardized extract. It is the most efficient herb for balancing Vata dosha, pacifying Kapha dosha, and preserving Tridosha balance in the body. The cerebral, reproductive, and endocrine systems are all supported by this supplement.

Dosage: Take two capsules twice a day to get the most out of it.

Tinospora cordifolia, often known as Giloy or Guduchi, is a herb that tends to balance and calm the body’s three doshas. Giloy capsules from Planet Ayurveda are prepared from a pure and standardized extract of a single plant named Giloy. These pills aid the blood-vascular system, immune system, digestive system, and brain system.

The Planet Ayurveda firm produces Gandhak Rasayan pills. It is made from Shuddh Gandhak that is authentic, safe, and consistent (purified sulfur). It works by balancing the three doshas of Vata, Pitta, and Kapha (body energies). It aids in the maintenance of healthy skin and blood vessels.

Kumar Kalyan Ras is an ayurvedic substance that is solely used in kumaras (children). It’s composed of plants, minerals, and their ashes, among other things. Planet Ayurveda’s Kumar Kalyan ras is a tablet made out of healthy, safe, and high-quality components. Makshika Bhasama (copper-iron pyrite ash), Shuddha Parad (refined mercury), Loha Bhasama (iron ash), Abhrak Bhasma (processed and purified mica), Ghritkumari Rasa (aloe vera juice extract), Swarna Bhasma (gold ash), and Mukta Bhasma are some of the ingredients (ash of pearl). There is no starch, additives, fake colors, or toxins in it.

Brahmi (Bacopa monnieri) is a powerful plant that has long been used to treat nervous system problems in Ayurvedic medicine. Brahmi Chyawanprash from Planet Ayurveda is a polyherbal composition in the form of Avaleha (jam form). It’s made up of 28 high-quality components that have different physiological benefits. By balancing the Tridoshas, this molecule aids in the maintenance of healthy brain and immune system functions. It helps with almost every physical function. This all-natural product contains no binders, preservatives, additives, yeast, or toxins.

Dosage: 1 teaspoonful twice a day is the recommended dosage.

The extracts, like all of the other components in this solution, are of exceptional quality. Shuddha Hingula (purified cinnabar), Swarna Bhasma (incinerated gold), Mukta Bhasma (Pearl), Nimbu Swarasa (lemon juice), Marich (Piper nigrum) and Kharpara Bhasma. The Vata and Kapha doshas are balanced by this combination. It’s known as Rasayana in Ayurveda, and it helps to maintain the respiratory and immune systems health.

We can now infer that Ayurveda provides various herbal therapies for disorders like Glanzmann thrombasthenia. Come meet us at our clinic in Mohali, Punjab, or send us an email at herbalremedies123@yahoo.com with your questions about how Planet Ayurveda specialists can assist you with your holistic approach to recovery.

« Natural Cure For Dravet Syndrome
What Are the Things Responsible For Non-Alcoholic Fatty Liver and Ancient Remedies for It? »