Why impotency issues increasing these days? What is its herbal management?

The modern world is full of technology and sedentary lifestyle. But with increase in luxurious lifestyle, lack of physical exercise and overload of work is there which results in stress. Stress and lack of physical movement are the major cause of many diseases. One of such diseases is impotence in men. What is impotence? How is it caused? What are its symptoms? What is the best treatment? After reading this article you will be able to get answers to all these queries.

Impotency is also known as Erectile Dysfunction Impotency means that a person is unable to get or maintain erection. In some cases, penis is not that much hard enough to have sexual intercourse. Sometimes there is no fullness or swelling of the penis. Both can have a serious effect on sex life of that person. It can happen to people at any age. Increases with age risk of erectile dysfunction also increases. But age doesn’t cause Impotency. There are 4 phases considered in male sexual cycle. Libido, Erection, Orgasm, Penile flaccidity.

Psychogenic and Reflexogenic mechanisms play its role in erection. Psychogenic Erection is activated in response to imaginary, visual, olfactory and auditory stimuli. Reflexogenic erection is conducted by stimulation of sensory receptors on the penis. The blood flow to erectile tissue is increased during an erection. Squeezing the venules and limiting venous outflow. And resulting in full rigidity. 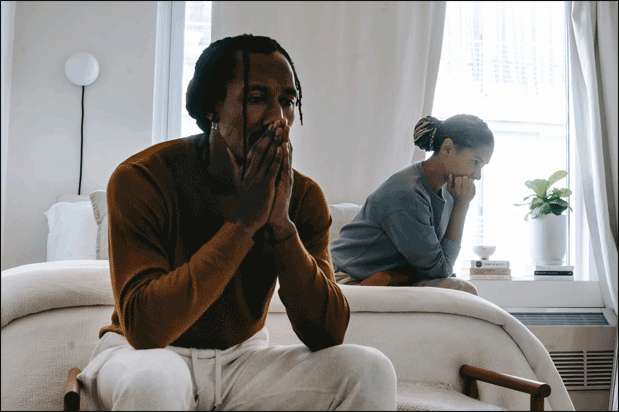 Impotence presents differently in different individuals. Some common symptoms of Impotence include:

Some physical causes of impotency include

A person may get anxious after sexual intercourse when he can’t get or maintain an erection. This performance anxiety can lead to impotency. Some psychological causes of Impotency include:

In Ayurveda, this disease is correlated with “kalevya Roga”. The vitiation of Shukra Dhatu (the last body tissue to be formed in sequence). Shukra dhatu in modern context can be correlated with semen, male sex hormones (testosterones) and their precursors i.e. Androgens. This disease leads to decreased libido and sexual ability which ultimately leads to failure in reproductive efficiency.

Acharya had mentioned various formulations and herbal remedies under the topic “Vajikaran” (Aphrodisiac therapy) which are the gold standard of treatment and preventive measures for these impotency and related conditions.

Potency is also the result of lifestyle choices. So people can reduce the risk of Potency by lifestyle modification. It includes

Planet Ayurveda provides natural and effective medications such as “Impotency Care Pack” to prop up the healthy reproductive system of males and also helps in maintaining Tridoshas. Planet Ayurveda’s products are safe effective and 100% vegetarian. These products are also free from preservatives, binders, Chemicals, colors etc.

Herbal remedies proposed by our experts to manage Impotency 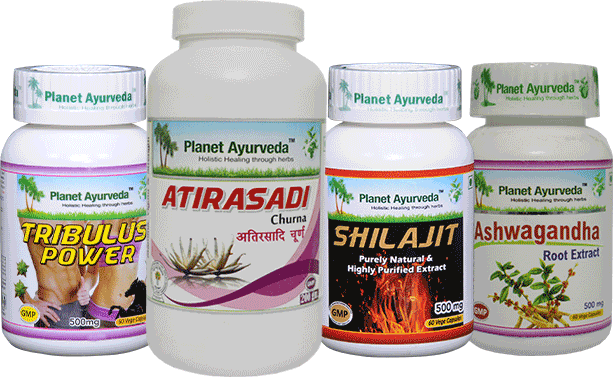 Full description of herbal remedies proposed by our experts

Shilajit (Asphaltum) is also known as “rock sweat”. These capsules contain pure extract of a single herb. It helps in the treatment of male infertility or low total sperm count. It contains several Minerals and Vitamins.

Ashwagandha (Withania Somnifera) is called as Indian ginseng. It is used to increase the level of testosterone. It is also helpful in the treatment of erectile dysfunction.

Gokshura is the common name of Tribulus (Tribulus Terrestris). Acting as a non-hormonal bio stimulator, this herb increases the level of endogenous testosterone. It is also helpful to manage erectile dysfunction by enhancing penile erection.

In the end of this article, we know that Impotency can occur due to various physical and psychological causes. So, to treat or prevent this disease Impotency Care Pack is recommended by Planet Ayurveda should be used along with proper lifestyle and diet as mentioned in the article.