Glanzmann’s thrombasthenia (GT) is an inherited blood clotting disorder which is characterized  by impaired function of specialized cells called as platelets that are essential for blood clotting (coagulation). The symptoms generally include abnormal bleeding and if left untreated for a long time can prove fatal. GT can be managed in a safe and effective manner with the help of Ayurvedic mode of treatment. In this article, lets’ know about this disease in brief and discuss Ayurvedic herbal remedies for the disease.

Glanzmann’s thrombasthenia is a bleeding disorder which is characterized by spontaneous bleeding starting from birth. In Glanzmann’s Thrombasthenia a person tends to bleed easily, may also present with easy skin bruising, can have frequent nosebleeds (epistaxis) and bleeding gums. Such patients can present with purple or red spots on skin which are usually due to bleeding underneath skin or swelling caused by bleeding within tissues. People with this disorder tend to bleed a lot following injury or surgery. Females with Glanzmann’s Thrombasthenia have excessive bleeding during menses and bleed more than usual after child birth. This excessive bleeding can result in extreme blood loss and can be fatal. 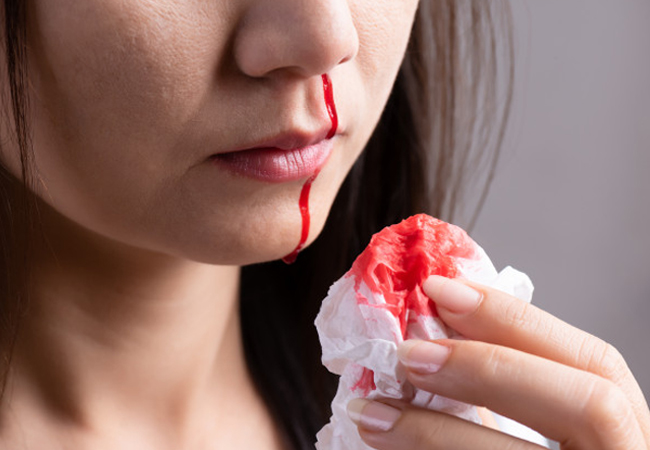 This condition is a result of gene mutation. The Mutation in ITGA2B or ITGB3  results in  this condition. This gene is responsible for making two parts (subunits) of receptor protein integrin alphallb/beta3. This protein is abundant on the surface of platelets. Platelets are the small cells which circulate in blood and are an important component for clot formation. During coagulation integrin helps the platelet to combine together. The clot formation protects the body after injury by sealing off the damaged blood vessels and hence bleeding stops.

The gene mutation results in the deficiency of integrin alphallb/beta3. Due to its deficiency the platelets cannot clump together thus resulting in prolonged bleeding.

In some cases of Glanzmann’s Thrombasthenia no mutation is seen in integrin alphallb/beta3. In such cases the cause for the condition is not known.

Type 1:  In this type people have less than 5 percent of integrin alphallb/beta3 levels. This is the most common type.

Type 2: In this type people have 5-20 percent of integrin alphallb/beta3 levels.

Variant type: In this type the body produces an adequate amount of integrin alphallb/beta3 but it is nonfunctional.

The symptoms in this case include

In modern science there is no specific treatment for this condition. The treatment   includes preventive measures like protecting oneself from injuries in case to avoid blood loss, some antifibrinolytics drugs to stop excessive bleeding, blood transfusion, if required.

Planet Ayurveda is a herbal based drug manufacturer that makes products in strict adherence to the Ayurvedic texts. The various drugs that are being manufactured here are well collected from natural sources, then purified & then formulated into different preparations. These products are made under the supervision & vigilance of our expert Ayurvedic doctors by ancient time tested formulas.

The immune booster capsules are made up by combining different herbs like bhumi amla (Phyllanthus niruri), amalaki (Emblica officinalis) etc. In production of these capsules standardized extract of bhumi amla, amalaki and other drugs are used. Bhumi amla is a blood purifier and also works on skin conditions. In GT it will work by purifying blood and reducing skin spots.  On the other hand, amalaki is the highest source of heat stable vitamin C which is excellent for boosting metabolism.

This vati uses standardized stem extract from Tinospora cordifolia plant. Medicinal effects of the plant are blood purification, antipyretic properties, anti-inflammatory effects as well as work on immune system enhancement. In GT it can help to reduce tissue swelling due to bleeding within tissues hence reducing skin spots.

The Kumar Kalyan ras is available in chewable tablet form especially for children with glanzmann’s thrombasthenia. This tablet has antipyretic properties, also used in persistent cough conditions, boosts metabolism and many more.

Dosage: one tablet twice daily (to be chewed) with honey.

This is a kind of Ayurvedic multivitamin capsules and can be used in GT as to avoid any kind of deficiency. The product contains wheatgrass which is a great source of iron, calcium, magnesium, amino acids etc. It also contains spirulina which is having a great antioxidant, anti-inflammatory and anti-allergic properties. Other ingredients are amla which is a great source of vitamin C, grape seed and green tea.

Punarnava mandoor has many ingredients like punarnava (Boerhaavia diffusa), mandoor (purified ore of iron), amalaki (Emblica officinalis), haridra (curcumin) etc. Punarnava in this formulation have anti spasmodic, anti-microbial and anti-inflammatory properties, mandoor is well known for its hematogenic and haematinic effects. This can be used in patients of GT to avoid deficiency of blood and other important minerals.

These capsules contain spirulina which is having great antioxidant, anti-inflammatory anti-allergic properties. Spirulina is also used in treating anemia. In GT this will help in maintaining normal blood levels in the body.

Contact my assistant to provide you the costing/ordering and delivery information at – costing.planetayurveda@gmail.com or call at +91-172-5214030 Or Check Website – www.PlanetAyurveda.com

The products which are offered by Planet Ayurveda for the Treatment of Glanzmann’s Thrombasthenia are totally herbal which are and obtained from natural resources, so they help in treating the cause of the disease & side by side promoting immunity. These drugs also have lesser side effects as compared to the drugs/methods used by Modern medicine. However, it is advised that people suffering from Glanzmann’s Thrombasthenia should use these herbal products under the guidance of an expert Ayurveda practitioner.