How to Balance your Health through Ayurveda

Ayurveda literally means the science or the knowledge of life. But, in practical terms, it has a meaning much beyond words. It is the glory of Ayurveda that an ancient science that flourished over thousands of years ago still holds a crucial part in governing the health of even the most modern generations. Ayurveda gives primary importance to diet, lifestyle, moral values etc along with natural medicines. More than being a health-care system, it shows us a way of life and urges to follow a middle path by avoiding the extremes. The core of Ayurveda emphasizes a customised approach due to the unique constitution of each individual. However, the fundamental rules for a healthy life are mentioned in general to be followed by everyone. Acharya Susrutha holds the view that you are considered to be healthy if the doshas (vata, pitta and kapha), agni (digestive fire), dhatus (tissues) and malas (waste products) are in the balanced state along with spiritual, mental and sensory well-being. So, to keep these in order, we need to follow a certain age-appropriate food regimen and routine daily and seasonally. Let us go for some general rules to balance our health. 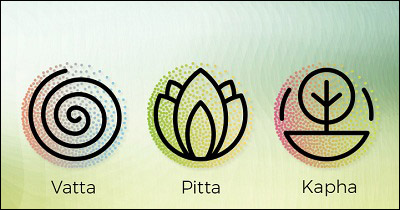 For healthy living, food and water have to be taken only when hunger and thirst strike. That is, listen to nature’s call. Frequent eating habits are not at all to be encouraged. It hampers the digestive process and eventually leads to diseases. A minimum of 3 hours and maximum of 6 hours is necessary to be kept in between the meals for proper balance. Digestive fire (Agni) is given utmost importance in Ayurveda and once it is on the right track, rest everything gets corrected automatically. Each one of us would be possessing a different range of digesting capacity and should learn to eat and drink accordingly. For that, the golden rule of “50% solid, 25% liquid and 25% empty space” has to be followed during the meal times. Moreover, eatables should be chewed well before swallowing which initiates proper digestion from the mouth itself. For a well- balanced diet, all tastes should be included regularly, as single taste usage disturbs the dosha balance in the long run. As per Ayurveda, the order of consumption of tastes in a particular meal should be in the order of sweet, sour, salt, bitter and astringent successively. This helps in stabilizing the Doshas and easing the digestion. Moreover, seasonal variations have also been explained in terms of taste predominance, say, for example, excess salt, sour and pungent tastes should be avoided in summer and intake of sweet taste should predominate. Similarly, season-specific changes should be made in the diet.

Food items like red rice, green gram, pomegranate, raisins, rock salt, cow ghee, ginger etc can be used regularly in the right amount whereas black gram, mustard, curd, beef etc are not meant for regular use. A list of incompatible food items (Viruddhahara) has been mentioned clearly by various scholars whose regular intake may act as a slow poison and destroy their health gradually. Some among them are milk and jaggery, milk and fruits, chicken and curd, plantain and buttermilk, wheat preparations in sesame oil etc.

There are so many misconceptions revolving around drinking water while having food. The fact is, Ayurveda advises obese people to drink some water before food and for lean persons, it is suggested after food. Although, little amount of water, buttermilk or rice gruel can also be taken along with food for aiding proper digestion.

Apart from these, filling the tummies just before taking bath hinders the digestion which in turn affects the body balance. Hence, better to enjoy the food after the shower, with a calm mind leaving behind all hurry buries. 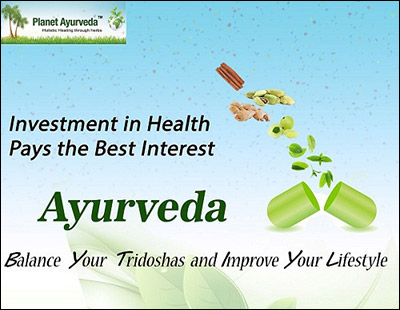 Talking about sleep habits, even though ‘brahma muhurtha’ (one and a half hours before sunrise) is suggested to be the best time to wake up, it would be beneficial to be awake at least by sunrise or as early as possible. This routine upgrades the health of healthy people and is for those who sleep on time (by around 9 or 10 pm), as 7-8 hours of sleep is mandatory. Those people can deviate from this, who are debilitated from any disease or who need to be awake at night (though not advisable). For them, day-sleep is advocated for almost half the duration of deprived sleep at night. Except for those exhausted from illness, extremely tired, old-age people and children, day-sleep has been contraindicated for all others as it may result in obesity and diseases due to over-nourishment.

Don’t ever think that following the rules of food is enough for health. Any kind of physical activity or exercise should be executed according to one’s strength. Since over-exercise and no exercise are equally harmful, following a mild exercise would be adequate for proper blood circulation and maintaining the equilibrium.

Different varieties of herbs can be made use in our day-to-day life for supporting our health. Twigs from Nimba (Azadirachta indica), Khadira (Acacia catechu), Madhuka (Glycyrriza globra) and Karanja (Pongamia pinnata) can be used for brushing the teeth which should be changed after every use. It helps in pacifying the kapha dosha and clears the mouth. Similarly, Gandusha and Kavala can be done with suitable liquids like milk, honey, water, rice gruel etc which gives nourishment and strength to the facial muscles and teeth. It also enhances taste, prevents throat dryness and cracking of lips. Herbs like Tulsi (Ocimum sanctum), Khadira (Acacia catechu), cumin (Cuminum cyminum), ginger (Zingiber officinale), Ela (Elettaria cardomomum), coriander etc can be used wisely, according to seasons and diseases, in boiling water for drinking.

Ayurveda is a treasure trove of many such preventive as well as curative remedies that need to be followed by each and every one of us. From that ocean of knowledge, some simple yet effective rules and techniques have been covered here, in order to live in balance.