Hypsarrhythmia is a much-disorganized brain electrical activity with no recognizable EEG pattern. It plays a key role in the diagnosis of Infantile Spasms. Numerous causes are responsible for this like Central nervous system infections, brain injury, neurological disorders, etc. Usually, parents are the first ones to notice any change in the behavior of their child. The spasms begin in the initial years after the child’s birth.

The treatment options available in modern medication such as hormonal therapy, mainly corticotropin (ACTH), an antiseizure medication, mainly vigabatrin have numerous side effects such as hypertension, high blood sugar, fluid retention, Cushing’s syndrome, etc. whereas Ayurvedic treatment protocol not only increases the quality of life by repressing the symptoms of the disease but also initiate the regeneration of brain cells without any life-threatening side effects.

Hypsarrhythmia means “mountainous activities”. In this Normal background, activities are vague; instead, continuous arrhythmic, high-amplitude, asynchronous delta activities with independent, multifocal spike discharges exist. Hypsarrhythmia is a disordered pattern of brain waves that are found in children with infantile spasms (IS).

In 30% to 40% of cases with IS, there is no noticeable cause. In the other 60% to 70%, infantile spasms are caused by a noticeable underlying condition, such as: 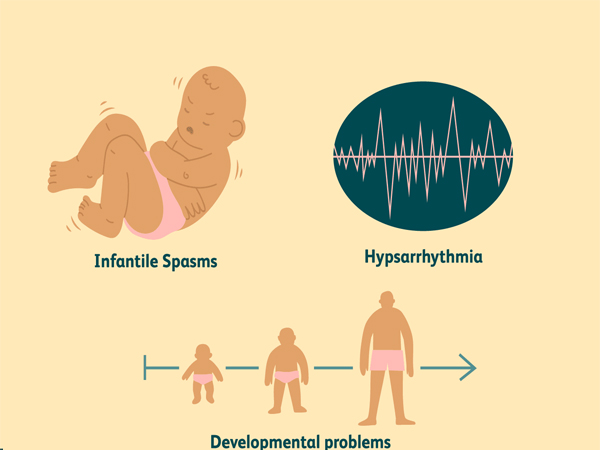 Usually, parents are the first ones to notice the change in the motions and behavior of their child. Initially, it can be misunderstood with a colicky pain or another health issue. But with time the actions of the baby and how he/she behaves are found weird by parents. Spasms usually start within the baby’s first year. Most often they occur in the morning or after a nap, lasting from less than a few seconds to up to 10 seconds. They can occur in groups of 2 to 100 at a time.

Actions of the baby that need immediate medical intervention are:-

It is usually diagnosed from the history of the above signs and an electroencephalogram (EEG). EEG findings in hypsarrhythmia are bursts of bilateral asynchronous high-amplitude slow waves interspersed with spikes followed by generalized voltage attenuation. The major options for treatment of IS include hormonal therapy, mainly corticotropin (ACTH), an antiseizure medication, mainly vigabatrin. It can only be detected by an electroencephalogram (EEG). The pattern found in this is very different from a normal EEG pattern.

Hypsarrhythmia plays the key factor in the diagnosis of IS. So it is very important to capture the pattern when it happens.

Side effects of Corticotropin (ACTH)

The most common side effects of Acthar are

A. To Ayurveda, this condition can be correlated with “Apasmara”

The transient loss of consciousness is termed as Apasmara.

Apasmara is characterized by periodic loss of consciousness associated with aberrant activities (like vomiting of froth and abnormal postures of the body) and behavior, due to perversion of memory, intellect, and other psychic faculties. It is a disease due to the vitiation of three sharira dosha and two manas dosha. 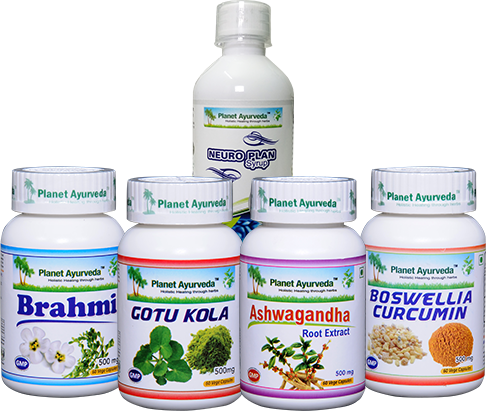 Brahmi (Bacopa monnieri) known as “food for the brain”; is astringent and bitter. It is a Kapha and Vata pacifier. Its chief properties are antioxidant, anti-inflammatory, anticonvulsant, cardiotonic, a bronchodilator, and protection against peptic ulcer. It is the finest brain tonic. Its main active ingredient bacosides promote the regeneration of brain cells. It increases the synaptic transmission among neurons. This helps in treating the patients of apasmara/epilepsy. It rejuvenates the brain, increases memory and improves concentration.

Dosage– It is prescribed in the dosage of 1 to 2 capsules with plain water or lukewarm water twice daily.

It owns anticonvulsant and neuroprotective activity. It helps in the formation of new neural pathways and also increases the retention capacity of the brain, thus can be used in the effective management of epileptic seizures and cognitive disorders. It improves the mental alertness and simultaneously reduces the stress, therefore, increases the quality of sleep

Dosage- It is prescribed in the dosage of 1 to 2 capsules twice daily with plain water or lukewarm water.

Ashwagandha is also known as Withania Somnifera. It is a wonder herb. It helps in strengthening the immune system. It is a potent adaptogen. It has anti-inflammatory, anti-cancerous, anti-stress and anti-oxidative properties that’s why it is used in treating various disorders related to nerve tissue damage, heart disease, atherosclerosis, and aging. It is a Vata and Kapha pacifier. Because of all these properties, it is the basic ingredient of all the formulations prescribed in musculoskeletal and nerve-related disorders.

Dosage-It is prescribed in the dosage of 1-2 capsules with plain water or milk.

Boswellia curcumin is herbal capsules prepared from pure extracts of Shallaki (Boswellia serrata) and Curcumin (Curcuma longa).Boswellia, also known as Indian frankincense, is an effective anti-inflammatory and works great as a painkiller. As per research, the boswellic acid can prevent the formation of leukotrienes in the body. These molecules are known to cause inflammation. Curcumin is a key chemical in turmeric. It has anti-inflammatory and anti-oxidative properties. It reduces pain, inflammation, and stiffness related to nerve and joint disorders. In Ayurveda, it is well known as a cleansing agent. It helps in rejuvenating the body cells and detoxifying the toxins away.

This syrup is a special preparation of Planet Ayurveda. Its main contents are Brahmi, Ashwagandha, Shankhapushi, and Mandukparni. Other than these includes jyostishmati, bhojpatra and madhuyashti are the rest of the ingredients. All of these show great results in nervous disorders. Together they strengthen the neural transmission and enhance the regeneration of brain cells. It improves the concentration, memory and cognitive power of the brain.

Dosage-It is advised to take it in the dosage of 2 tablespoons twice daily with plain water or lukewarm water.