Painful periods or pain after periods and finding difficulty to get pregnant are the signs of endometriosis.

Endometriosis occurs when tissue grows outside of uterus which usually grows inside uterus. This painful disorder involves ovaries, fallopian tubes and tissue lining of pelvis. In the rare cases, endometrial tissue may also spread beyond pelvic organs. Painful periods, pain during intercourse, excessive bleeding, infertility and nausea, vomiting, fatigue during the menstrual cycles are symptoms associated with endometriosis. 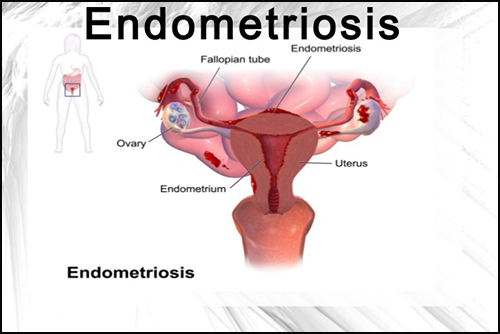 Herbs in Ayurveda are very fruitful to resolve the various female health complications. For problem of endometriosis, herbs help to manage the symptoms of endometriosis up to a very good extent. These herbs help to balance the vata dosha which is main cause of this disorder according to Ayurveda.

In Ayurveda, this herb is called as the Ghrit kumari. For the treatment of endometriosis, use of this herb is known to be quite good as it helps in the rejuvenation of endometrial lining. This herb is packed with anthraquinone complex that helps in the reduction of inflammation caused by bleeding. Besides of this, it is a great source of vitamins like A, B-complex vitamins, C, E and folic acid. All these offer the good female health benefits. Being packed with anti-tumor, cooling properties, this herb helps to decrease the inflammation.

Haridra is commonly called as the Haldi and turmeric. In Ayurveda, this herb has the great medicinal importance to heal the various ailments. Curcumin, bioactive compound present in this herb is packed with anti-inflammatory properties. Anti-inflammatory action of this herb helps to provide the relief from various symptoms like pelvic pain, lower abdomen pain, lower back pain etc.

This is another beneficial herb to cure endometriosis. Ashoka means without sorrow hence name of this herb has the deep sense itself. Medicinal properties of bark of this tree are quite beneficial in regulating the female menstrual cycles by balancing the hormonal irregularities in women.

It also helps to resolve various problems like irregular menses, premenstrual tension and pain in pelvic region due to periods. This herb contains the phytochemical compounds like flavonoids, saponins, and glycosides. They are packed with the anti-tumor, uterotonic, anti-tumor, oxytocic and anti-inflammatory properties.

Bark of this herb serves as wonderful soothing and demulcent agent that helps to provide the relief in the problems like painful periods, heavy clots, inflamed lymph nodes and amenorrhea.

It also helps to reduce the pain in pelvic area, lowers abdomen and back pain. It also helps to provide relief in other symptoms like nausea, vomiting, weakness and nausea.

It’s being packed with Isoflavones, Asparagamine, Polysaccharides, mucilage and rich in vitamins A, B1, B2, C, E, Phosphorus, Calcium, Iron and folic acid. All these minerals and vitamins help to manage various gynecological problems in females. It is quite effective to manage the menstrual irregularities in women like heavy blood flow and amenorrhea.

It is another effective herb to manage the problem of endometriosis. It controls the bleeding and maintains a proper flow during menstrual cycle.

Being packed with the anti-inflammatory properties, vasa helps to alleviate the pain in endometriosis. This herb also offers the good health benefits for women who conceive and carry pregnancy. Besides of this, anti-oxidant action of this herb helps in healing of endometrial lining.

Calmative action of this helps to balance the pitta dosha which is main casus of endometriosis. Dalchini is also an effective herb to manage the symptoms associated with this disorder like painful periods, excessive bleeding etc.

This herb has the great medicine importance in Ayurveda. Anti-inflammatory action of this herb helps to provide relief in painful menstruation. This herb possesses the calmative properties that helps to balance the pitta dosha which is main casus of endometriosis according to Ayurveda.

All the above mentioned herbs are used in the Planet Ayurveda’s endometriosis care pack. 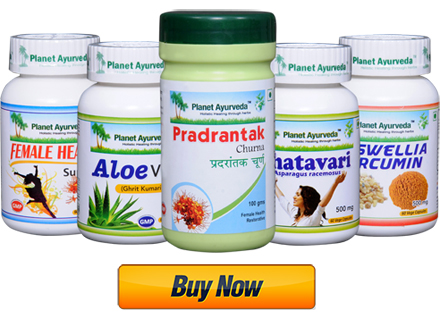 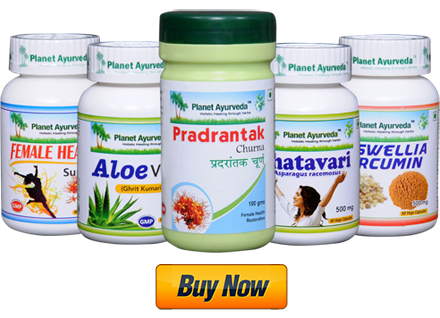