Uric acid – C5H4N4O3, is the bye-product formed during the purine metabolism in liver and is washed out of the blood by kidney through urine.

A raised uric acid level is often caused when the kidney fails to completely wash out the uric acid from blood. High levels of purine rich diet, overweight, lack of exercise, gluten allergy, diabetic tendency etc may trigger this slowing down of kidney. Purine Rich Diet are:-

Normally the blood holds an alkaline pH of 7.35. When the uric acid in the blood increases, the alkaline pH of blood changes to acidic. This acidic blood becomes a great stage for various diseases including infections. This decreases the body immunity and also affects various organs including heart and liver.

There are some home remedies to reduce the increased uric acid:- 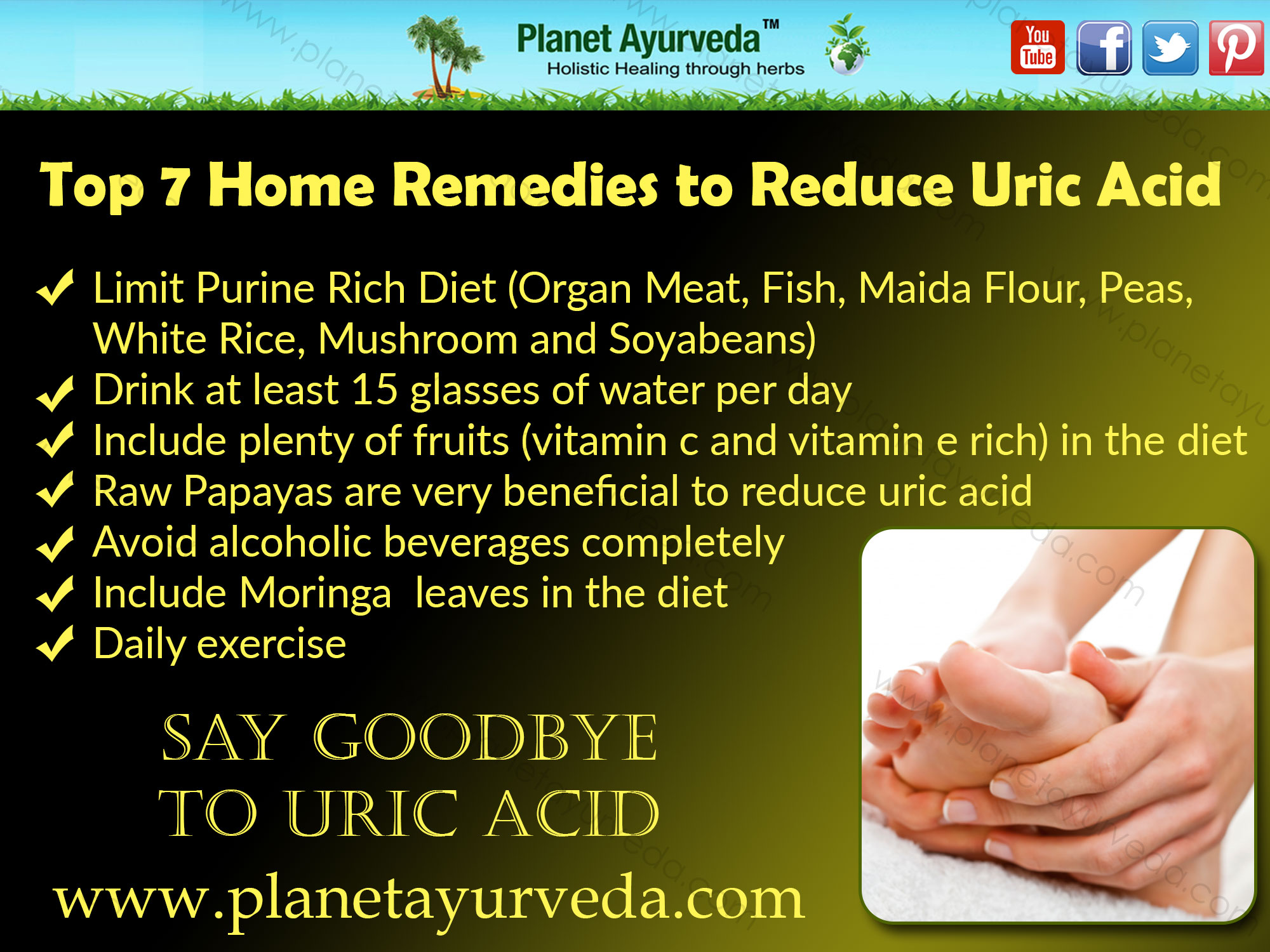 According to WHO, the best management for increased uric acid levels in blood is by Ayurveda. In Ayurveda, both shodana and shaman management is made in use. In severe cases, cleansing and purification therapy like vasthi is used.

2) Kaishore Guggul – It is taken along with navakarshika choorna. It helps to enhance the potency of navakarshika churna. It balances and normalizes the aggravated vata. It has anti inflammatory and immune modulator properties.

4) Punarnava Capsules – Boerhavia Diffusa – very effective for pain relief. It is very well known for its anti inflammatory and diuretic properties. It is widely used for revitalizing the lives and also helps in cleansing the blood. This is also good for kidney health.