How to Treat Scar Endometriosis with Herbal Remedies ?

Scar Endometriosis is a rare, difficult to diagnose disease which affects women, especially in the reproductive age. Women affected by the condition develop a painful mass/lump in a surgical scar, due to an abnormal growth of the endometrial tissue.The endometrial tissue is usually present inside uterus of a woman. The tissue supports pregnancy and also sheds itself every month during a woman’s menstrual cycle. But, in women suffering from Scar Endometriosis, the endometrial tissue develops abnormally outside the uterine cavity and forms a painful mass which becomes worse during menstruation. 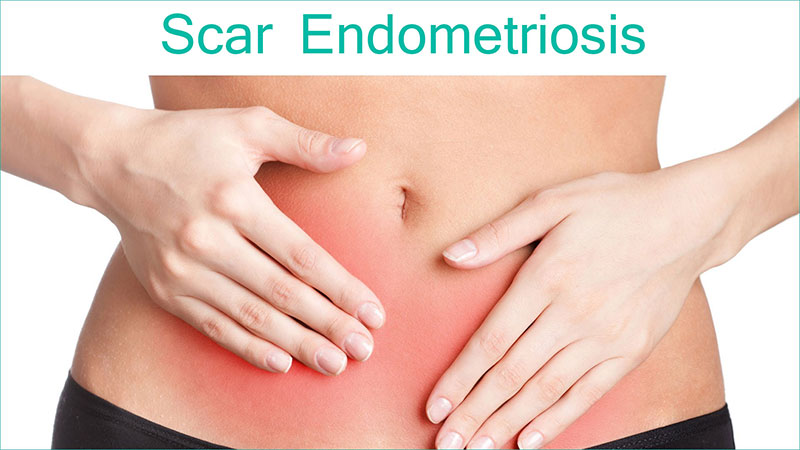 Scar Endometriosis can typically be diagnosed after the cutting out of the diseased endometrial tissue. Sometimes, the condition can be misdiagnosed by doctors after a woman’s pregnancy because the endometrial tissue may grow in the incision site of the stomach after a woman undergoes a Caesarean delivery (C-section).The exact cause of Endometriosis is not known. But, it is believed that the condition occurs because of retrograde menstruation that is, the movement of portions of wayward endometrial cells upward through the fallopian tube rather than downward through the vagina.

According to Ayurveda, retrograde menstruation which is apparently a cause of Scar Endometriosis occurs due to the body’s disturbed Vata dosha. The Vata has five sub-types which are responsible for directing the movements in the body in the upward, downward, around, inward, and outward directions.

The occurrence of Scar Endometriosis is linked to the Apana Vata sub-type which governs the initiation of the body’s elimination impulses, including menstruation, urination, bowel motions, ejaculation, and child birth. Since one of the downward processes governed by the Apana Vata is the removal of waste or unwanted materials from the body, any obstruction to it can lead to potential health complications.

Scar Endometriosis is a condition in which obstruction to, and subsequent upward movement of, Apana Vata causes a part of the endometrium that should be passed out during menstruation to propel upward via the fallopian tubes and into the peritoneal cavity.

Some of the common symptoms of Scar Endometriosis include:

Scar Endometriosis has no specific treatment in conventional western medicine. Generally, the condition is managed by the doctors with the help of anti-inflammatory and pain-relieving medications, hormonal treatments, and surgical procedure to remove or ablate (burn) the abnormal endometrial tissue.However, effective herbal products offered by Planet Ayurveda herbal manufacturing company can be beneficial in removing the root cause of Scar Endometriosis, in accordance with Ayurveda principles. These products prepared under the guidance of renowned Ayurveda experts include:

The preparation of these capsules involves the use of two well-known anti-inflammatory herbal components Shallaki (Boswellia Serrata) and Curcumin (Curcuma longa). The Shallaki herb can effectively fight inflammation, while Curcumin an important active component in Turmeric is believed to have remarkable antioxidant properties.

Women suffering from Scar Endometriosis can benefit from the use of these capsules because of their ability to maintain overall health, support healthy blood composition, boost the immune system, increase blood supply to joint tissue, and maintain a healthy cardiovascular system. 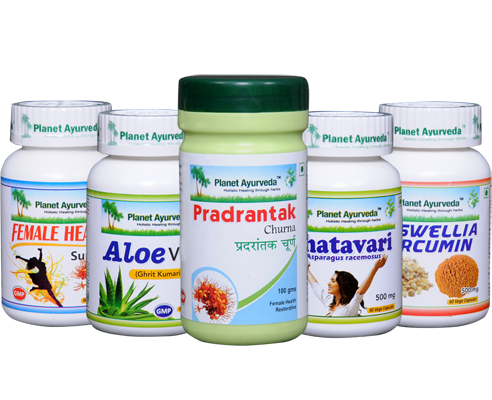 Pure and natural standardized extract of the Aloe Vera herb (Aloe barbadensis) is used for the preparation of these capsules. The herb has proven adaptogenic and anti-inflammatory properties.

Aloe Vitals capsules can be helpful in managing Scar Endometriosis because of their ability to improve the condition of blood vessels, boost the immune system, maintain healthy skin, support the digestive system, moisturize the skin, relieve inflammation, and keep dry skin hydrated.

To prepare these capsules, standardized extract of the Shatavari herb (Asparagus racemosus) is used. The herb has excellent antioxidant properties, and has the ability maintain and support female health and nourish the tissues of the body.

The use of Shatavari capsules can benefit women affected by Scar Endometriosis because the capsules can support the female reproductive system, treat painful menstruation, keep the immune system healthy, cure general weakness, and treat ovarian cysts and uterine fibroids.

Dosage :-1 teaspoonful of the churna, two times a day.

Planet Ayurveda’s herbal products for managing Scar Endometriosis are 100% vegetarian products which are completely safe to use because they do not contain any chemicals, preservatives, starch, additives, colors, yeast, binders, or fillers. All the herbs used for preparing these products are distinctly explained in ancient Ayurvedic literature.

« What is the best treatment for Alzheimer’s Disease?
10 Wonderful Health Benefits of Ayurvedic Herbs for Healthy Lifestyle »