The word was coined around the 1860s by Holmes who was a british pathologist .This pathology is viciously spreading in nature and is known by the name ” Neoplasms”. They are often termed to be Villous papilloma,papillary adenomas,columnar papilomas, mucous papillomas or villomas etc. Most commonly they are found in Rectum,sigmoid and right part of the colon. Similar kinds of lesions too can be found anywhere as in the stomach, gallbladder etc. This epithelial tumor although is benign in nature yet is associated with a lot of pain ,morbidity and there are chances it transforms into carcinoma adenoma. Despite its cruel nature,it is very rarely mentioned in the radiological literature.This article is about the description of this ailment in terms of its nature, Signs – symptoms, investigations and the management protocols undertaken.

The finding of this kind of structure is predominantly seen among the individuals that are in their mid fifties. Although this has no link to be seen with any sort of heredity or sexual inclination. Of all rectal and sigmoidal lesions it constitues around 0.1 to 6.6 percent . 2.3 % of colon tumors are said to be villous adenomatous in nature. 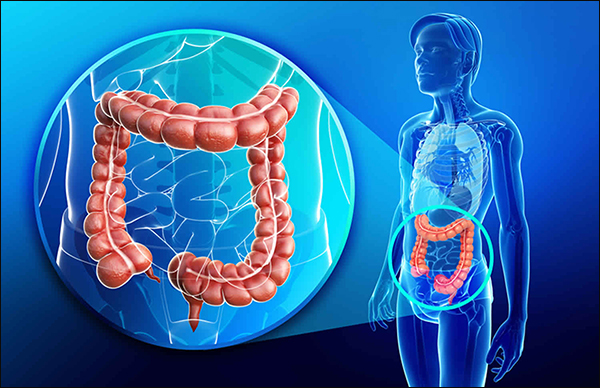 The benign epithelial tumor ( proliferative dysplasia) of mucosa can morphologically be classified into the ” Villous adenoma” and the “Adenomatous polyp”. The former is a soft, sessile and relatively rare tumor without a pedicle. The latter on the other hand is said to occur in about 7 percent of all the adults.

The morphology of the tumor is spongy, red or red-gray in color, and usually sessile, with a broad flat base.Its base looks like a juncture where all the villi( finger like projections) join giving it a soft velvety appearance. The covering of the lesion is composed of thick, and viscid mucus. If the tumor comes out to be pedunculated then it is felt by the stretching of the surrounding mucosa ( due to its own weight).Ayurvedic correlation of this disease is made to Arbuda or granthi and the treatment protocol is ,the use of herbal preparations that would balance the vitiated doshas.

This pathology is accompanied with the following signs and symptoms

Villous adenomas are an advanced version of adenoma. The size of these lesions is larger than tubular adenomas’s size. Most of them are larger than 2 cm and possess potential chances of getting malignant. Some of these neoplasms spread enough to cover large areas and turn out to become ” carpet” lesions. The findings have shown that the villous adenoma can range in size from a nodule of several centimeters in diameter to an entire mass of enormous size, completely encircling the bowel.

Although they are benign in nature, they have the potential to cause serious health complications, this is because they compress other structures and produce large amounts of hormones in an unregulated and non-feedback-dependent manner. This may lead to paraneoplastic syndromes .If the pathological reports show low grade dysplasia( abnormal cells) then the cells are at the lesser chance of getting malignant. But if the dysplasia nature is more then there are chances it converts into adenocarcinoma.

A lot of imaging protocols are followed to detect a case of Villous adenomas.

Modern medicine treats it via-

Ayurveda however works on the pacification of vitiated doshas for its management. There are herbs whose action has proven to be magical in the management of symptoms associated with Villous adenoma.

Planet Ayurveda has made use of the ancient wisdom and has come up with the very effective results against Villous adenoma.

Planet ayurveda is a globally emerging herbal manufacturing hub that formulates herbomineral /herbal formulation that are obtained from 100% natural sources with strict adherence to ayurvedic texts and principles .These herbal medications are being made under strict vigilance and guidance of expert ayurvedic physician using ancient time tested formula. 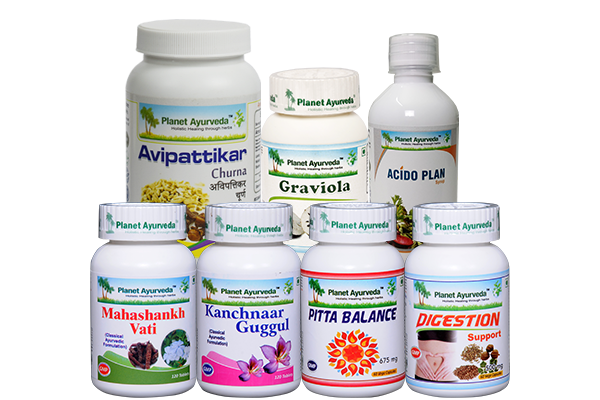 This herbal preparation is composed of the ingredients like  Praval Pishti, Akik Pishti , Jahar Mohra Pishti, Kamdudha Ras, Mukta Pishti, Giloy Satva( Tinospora cordifolia). This formulation is very effective with the management of Acidity, Ulcers, bleeding piles etc. The ingredients of this formulation works by pacifying the aggravated Pitta dosha and soothing the digestive system.

This formulation is made up of Graviola ( Annona muricata) which is an anti pathogenic and an anti cancer herb.This herb increases energy , strengthens the immune system and also reduces the associated ;pain and inflammation.

Villous adenoma is a serious pathological condition which must not go without proper investigations and treatment. Ayurvedic management of this disease has proven its benefits to many people. These formulations are not only effective but also free of any kinds of side effects unlike steroidal medicines. In case of any query kindly visit www.PlanetAyurveda.com