The destruction of red blood cells is known as hemolysis and this can be caused by different reasons. Hemolysis is responsible for releasing hemoglobin into the bloodstream and normal blood cells have 120 days of lifespan. When they break down they are released into the circulation by the spleen. There is a rare medical condition that results in increased destruction of the blood cells known as Paroxysmal Nocturnal Hemoglobinuria. Through this article, we are going to discuss this rare blood condition in detail and its help through the Ayurvedic condition.

Paroxysmal Nocturnal Hemoglobinuria is a rare acquired condition of the blood and can result in death. It is mainly characterized by clotting of blood (thrombosis), increased destruction of blood cells (hemolytic anemia), and impairment of bone marrow function. It was first discovered by a German physician known as Paul Strubing in 1852 to 1915. 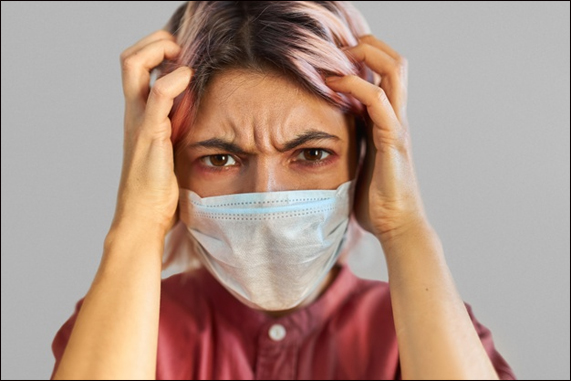 Other issues like back pain and abdominal pain are also noted. Some of the classic signs are that the urine appears bright red in 50 percent of patients. The hemoglobinuria is especially very noticeable in the morning. The attack of hemoglobinuria can be caused by consumption of alcohol, infections, stress, exercise, and some certain type of medications.

Blood clots can be formed in veins and it is one of the leading causes of death in a patient with Paroxysmal Nocturnal Hemoglobinuria. The common sites for the blood clots are the sagittal vein and hepatic vein.

The main cause for PNH occurs when there is a mutation of a gene known as PIG-A present in the bone marrow stem cells. Stem cells are responsible for giving rise to the mature blood elements which include red blood cells, these cells are helpful in carrying oxygen to the tissues and also have white blood that helps in fighting the infection.

In patients with Paroxysmal Nocturnal Hemoglobinuria, the stem cell moves the PIG-A mutated gene to all the cells making the stem cells abnormal.

All the cells in the body have protein which is attached to the membranes and helps in communication between the two cells. These proteins are physically connected to the membrane of cells in many ways, commonly with glycolipids known as Glycosyl phosphatidylinositols. In patients with PNH the glycolipid protein is defective. 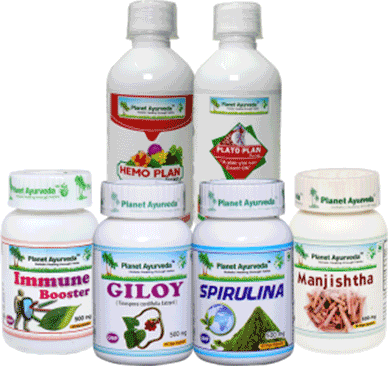 It is a herbal syrup formulated with herbs like

The syrup is a gift from nature that helps in removing toxins from the blood and also a natural source of iron. Hemo plan also helps in removing ailments like weakness, pain, bruising, etc which is very commonly seen in patients with Paroxysmal Nocturnal Hemoglobinuria

This herbal syrup helps in improving the count of platelets as it formed from herbs like Giloy (Tinospora cordifolia), Eranda Karkati (Caricapapaya), Draksha (Vitis vinifera), etc. Plato plan helps in giving strength to the body and is packed with antioxidants that helps in preventing the platelets from getting damaged. It is also very useful in flushing out the toxins from the blood.

It is one of the best herbal medicines packed with anti-inflammatory and antipyretic properties as it is made from an excellent herb like Guduchi (Tinospora cordifolia). It is one of the wonderful herbs in removing any type of fever and lowering down the inflammation from the body. Giloy is also very good for removing ailments related to skin, infections and best for people who have weak immunity.

These capsules are made from algae known as Spirulina (Spirulina platensis)  which is rich in nutrients like vitamins, proteins, minerals, chlorophyll, and omega-3 fatty acids. This herbal medicine helps in maintaining the good health of the Cardiovascular system

Dosage:- One capsule twice daily after meals with lukewarm water.

It is very useful for people who have recurrent infections and have an immuno-compromised state. The immune booster helps in fighting infections, aging, asthma, liver inflammation, and many more

Dosage:- One capsule after meals twice daily with water.

This is made from the extract of the single herb known as Manjishtha (Rubia cordifolia) which is well known for relaxing the body and reducing stress as well as anxiety. These capsules are rich in antioxidants and are useful in purifying the blood and also treating all kinds of fever present in the body

Dosage:- One capsule twice daily after meals with water.

Paroxysmal Nocturnal Hemoglobinuria is a very rare disease and can result in a life-threatening situation. So, it is important for the patient to be treated carefully by a good Doctor. Allopaths have no treatment for the disease but Ayurveda provides their herbal medicine which is very useful in treating the disease. All the medicine mentioned above is best for treating Paroxysmal Nocturnal Hemoglobinuria as they remove the root cause of the disease.