Can men get infections? Yes, men can get infections, too which can lead to a condition known as – Balanitis (inflammation of the head of the penis). Yeast infections in men are common because the fungus Candida that causes infections is generally present on the skin. Overgrowth of Candida due to some contributing factor such as – having sexual intercourse with a female who has a vaginal yeast infection can result. 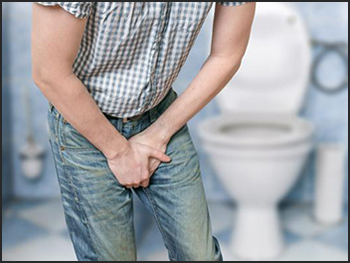 Balanitis is more common in uncircumcised men. Penis problems in males can be a sign of an underlying health condition. Health issues that affect penis also impact other areas of life causing relationship problems which lead to stress and also harm self-confidence. In men, who are not circumcised, that area is covered by a flap of skin known as prepuce or foreskin. Balanitis can occur in both circumcised and uncircumcised men but it occurs more commonly in men who are not circumcised. Young boys are affected only if they have a very tight foreskin which is difficult to pull back. If man and his partner both have symptoms of a yeast infection or bacterial infection, it is important to be treated. According to modern medicine, most male yeast infections are easily treated with over-the-counter anti-fungal medications like-Clotrimazole (Mycelex, Lotrimin), various anti-biotic creams but it can be treated naturally with many herbal remedies as herbal remedies work on the root cause of the disease.

A variety of infections and skin conditions can cause balanitis. These include

Signs and symptoms of Balanitis are

Doctor can recognise balanitis immediately. A swab or scraping of skin is examined under a microscope. When balanitis doesn’t respond to treatment or appears different from a typical infection, then doctor may recommend a patient to see a dermatologist or skin biopsy is done.

Prevention – Men who are uncircumcised must practice a good hygiene and people with diabetes can prevent balanitis by controlling their blood sugar.

Causes of Balanitis according to Ayurveda

According to Ayurveda, balanitis results due to imbalance of Pitta and Kapha doshas. There are various herbs in Ayurveda that treat infections in a very effective way. 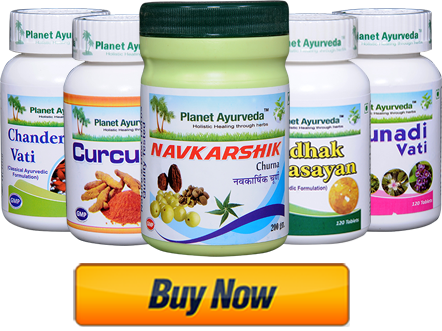 Dosage: 1 teaspoonful twice a day after meals with plain water.

Gandhak Rasayan is an Ayurvedic medicine. It is used in the treatment of skin disorders, itching, chronic fever, urinary tract disorders etc. It balances all the three doshas – Vata, Pitta and Kapha. Self- medication with this medicine is strictly not done. Gandhak Rasayan of Planet Ayurveda is manufactured as per classical reference. Gandhak Rasayan is a very good way of taking sulphur. Anti-inflammatory and anti-bacterial properties of this product are quite beneficial for the treatment of balanitis.

Planet Ayurveda offers an ayurvedic product – Varunadi Vati which is good to resolve the penis disorders in men. Herbs that are used in the formulation of varunadi vati are quite effective in providing relief in the inflammation associated with balanitis.

Curcumin capsules of Planet Ayurveda are prepared from the pure extracts of herb Haridra (Curcuma longa). These capsules help to provide relief in the balanitis symptoms like – irritation, inflammation and soreness of glans.

Nirgundi oil product of Planet Ayurveda is quite beneficial for the local application for balanitis associated with pain and inflammation.